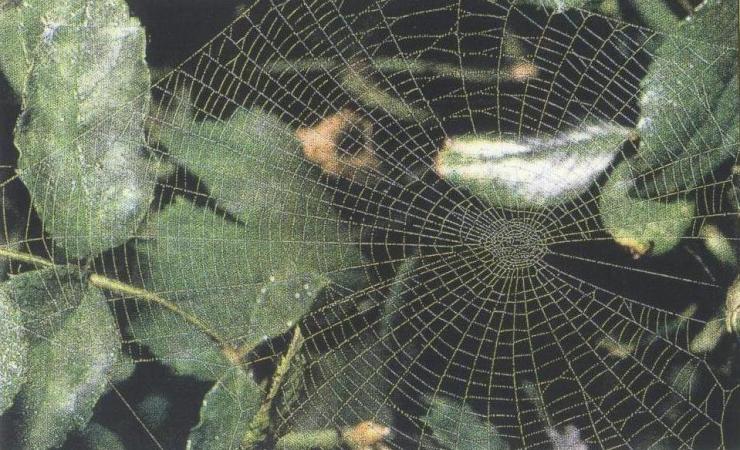 Last spring I had a very busy few weeks. “I need a wife”, I wailed to my friend Sally. “Why don’t you get someone from a cleaning agency, at least for a day?”, she suggested. The next Monday at 9 am sharp, a cleaning lady was at my door. As I was still busy feeding Gaby, a young hedgehog, upstairs, I let her into the kitchen saying hastily that everything needed doing so please could she start anywhere she liked. I wouldn’t be long…. I departed back to Gaby. Five minutes later, a sudden piercing shriek reached the bedroom. I raced down to the kitchen. The woman stood rooted to the spot, white-faced, trembling and obviously terrified. “What happened?”, I asked her anxiously. Without replying, she pointed at one of the cupboards at floor level. Instant understanding came over me. “Oh dear! I forgot to mention! This is my spiders’ sanctuary. They live here, several of them, together and very happily”. By now the woman was edging gingerly towards the door, her eyes fixed on me, and from their wary expression it was clear that she thought I was mad, and she was assessing how dangerous I could be and how soon.

“Look”,  I said in conciliatory tones. “I know it must seem odd to you, but why don’t we have a pot of tea and some cake first, and I will try to explain everything.” Without waiting for her reply, I put the kettle on. It worked because a minute later we were sitting at the table drinking Yorkshire Gold tea, and munching lemon drizzle cake. “Now, I know that you don’t find spiders cute at all but from the spiders’ point of view, we humans are downright ugly too. And as it happens, spiders are incredibly interesting, complex creatures. Forget the cleaning, instead why don’t I show you what I mean?” I took her first into the garden. In one corner,  between the twigs of a rose bush hung an almost invisible tiny sack full of something that shimmered like quicksilver in its constant movement. I put a magnifying glass close for my companion. Through it we could see hundreds of minuscule baby spiders, all resplendent in buttercup yellow and marked with tiny black crosses. There was no argument here; they truly were beautiful, and she could not help but smile. Encouraged, I asked her: “Did you know that spiders were the inspiration behind the ancient tale of the magic carpet? A long time ago, it was discovered that a young spiderling, when ready to make its own way in the world, scrambles onto the tip of a branch, raises its lower body into the air and spins out a thread of fine and strong silk.  When the length reaches about six inches, the young spider releases its hold on the branch, climbs onto the silk thread  and lets the wind carry him away on his “magic carpet”.  They really take a leap into the unknown when they take off in the breeze. “But where do they go?”, asked Doreen, my new cleaning lady whom I have been converting to Nature Watch. It is a journey of discovery for them as the wind, one of the most powerful distributors of life on earth, carries the young spiders, other insects and seeds hundreds of miles. Some spiders are found more than seven miles high in the stratosphere, while others are known to come down ships’ masts, hundreds of miles from the nearest land. This ability and willingness to travel proves useful for spiders in time of danger.  “That is very interesting, I am sure”, said Doreen, “but what do these young spiders feed on?” I told her: “They live off a slowly digested embryonic yolk which is contained in their digestive system.”  “Do you feed the spiders in your kitchen cupboard?”, Doreen wanted to know. “Those spiders who reside there have the added luxury of sugar and dry fruits.” As we were strolling back to the house, Doreen asked: “So, who lives closest to the moon?” High on the ice slopes of Mount Everest, to the astonishment of scientists, lives a species of jumping spider. Living about 22.000 feet up is probably the highest inhabitant on the earth. What baffled the scientists was the same question: “What do they feed on up there among the expanses of ice and snow?”. Consequently, it was discovered that the spiders had their meals delivered. Daily, the winds and air currents would carry up to the top of the mountain an assorted selection of various insects, from flies to ants, to be deposited on the snow , to the spiders’ delight. It seems that life extends to the very limits of earth, and if it wasn’t for the airless space between the planets, there would be by now a spider living happily on the moon. Another interesting fact is that spiders have to be very economical with their use and retention of water. In comparison with much larger creatures, they must work harder at preventing the evaporation of water since the surface area of their bodies is greater in relation to their mass. In the heat of the summer, during the night, spiders – like many other insects- secrete a thin layer of wax which is completely waterproof.  Unfortunately, the wax not only prevents the loss of water but also the transfer of oxygen and carbon dioxide. To overcome this tricky problem, spiders have evolved a clever mechanism – a valve, which opens periodically to allow poisonous carbon dioxide out, and life sustaining oxygen in.  Furthermore, in their quest to save water, the spiders store the waste matter in the form of tiny pellets within their bodies, only to eliminate them when there is no water shortage.  After hearing this, Doreen spied something on the wall of my hall. “And what is this?”, she asked, pointing to the picture. I said that her son could easily  make a similar picture with a bit of patience and practice.  First, you need to find an abandoned spider’s web in the garden. Next, have a board or thick paper, best in dark colour, sprayed with a thin film of glue. Now take the board to the garden, together with a small can of paint. Spray the vacant web very lightly  with red or silver, or any other bright colour before carefully placing the sticky board against the web. You will have a real picture of your own web, and you can paint in a spider yourself.

The way the spiders make their webs as a tool to catch their prey is also interesting. Firstly, the web is covered with a special sticky substance which is designed to trap insects. The spider avoids being stuck himself because his legs are covered with an oily secretion.  This is only a tiny amount of information about spiders, but I hope that our children inspired by the work of many naturalists  will have a closer understanding and sympathy with everything that lives, and that empathy will benefit them greatly in their own lives.