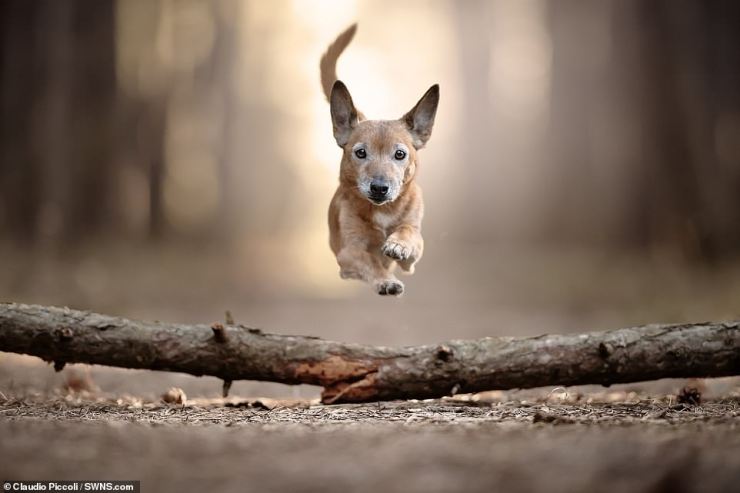 “The love for all living creatures is the most noble attribute of man.”
Charles Darwin

“Resonate” by Sarah Class, accompanied by Orchestra for the Earth (courtesy of Air Studios):

“Not to hurt our humble brethren is our first duty to them,
but to stop there is not enough.
We have a higher mission:
to be of service to them wherever they require it.”
St Francis of Assisi

“Brother Sun, Sister Moon” by Donovan, from the film of the same name:

As I promised in my recent post ‘Smile while you swim’, here is the antidote to mind-numbing prescriptions.  Of course, it is one of many possibilities; there is always someone, somewhere worse off than we are, who would love our help, be it an animal or an old person, or a child in need of direction. Some years ago I came across a wonderful animal rescue place, Hope For Paws, this time in Los Angeles.  It was founded by just two people, Audrey and Eldad Hagar, originally from their home. They rescue stray or mistreated dogs, often those who are minutes from being put down in the city’s compound. What is remarkable is the couple’s, especially Eldad’s, ability to connect and rehabilitate dogs deemed as dangerous and only suitable for euthanasia. They treat, nurse back to full health, and then foster the dogs, before finding them a good adoptive family. To see their videos of rescue and then rehabilitation, and the extraordinary transformation is both touching and spirit-lifting in equal measure.

I bought their book, ‘Our Lives Have Gone To The Dogs’, to find out more about their work. An added bonus are the quotations from great and famous people that are so important to remember. The couple’s inspiration to help all animals in need is reflected in the very first one thought,  written by Ralph Waldo Emerson:

‘For every animal that dies in a shelter, there is someone, somewhere, responsible for its death. You cannot do a kindness too soon, because you never know how soon it will be too late.’

The couple wrote in the book about the fulfilment and joy their work has given them: ‘The greatest thing about fostering and adopting animals is that anybody can do it. Anyone who fosters knows that we are the lucky ones. These amazing animals shared their lives with us and taught us the importance of hope, love, loyalty, and gratitude.’

Epitomising the introductory Charles Darwin quote, the couple help to save any wildlife that is brought to them, including this beautiful young owl. There have been also countless fledglings, lizards and squirrels.

Their book should be on the shelves in every primary school’s library to be read in the classroom. It would teach the very young – the best age to start – compassion for fellow creatures. It would help eradicate the unkindness and bullying that is common in our schools. My very favourite man from the past, St. Francis of Assisi, wrote:  ‘If you have men who will exclude any of God’s creatures from the shelter of compassion and pity, you will have men who will deal likewise with their fellow men.’

St Francis of Assisi and the call to ecological stewardship (courtesy of BeAFranciscan):

At the Cathedral of St John the Divine in New York, an astonishing ceremony, the Blessing of the Animals, celebrates the feast day of the Patron Saint of Animals, St Francis of Assisi (courtesy of BBC):

In this country, we have many rescue centres but not nearly enough for all the animals that need help. The World Horse Welfare charity was alerted by a caller to an abandoned foal. The black and white cob was found by a passer-by lying in a field that was mouldy, and he was infested with worms and lice. He could not stand up and had no food or water. He was hours from death. Transported by the charity workers to their Penny Farm in Blackpool, he was nursed to health. Four years after his rescue, he was a champion, having won two first prizes in a rescue pony competition, and was named overall rescue pony champion. Penny Farm manager Fran Williamson said:  ‘Frodo’s transformation is truly amazing. It is a true testament to the hard work and dedication of the team who care for him, and we couldn’t be prouder.’ 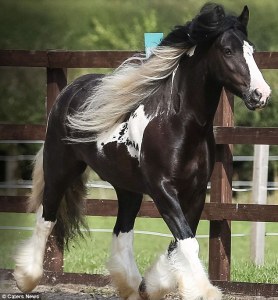 I think that nothing brings a greater sense of calm and reassurance in such a time of such anxiety (Covid-19, climate change), as pictures that show accord in nature. Here are some interesting ones:

Sam and Jac usually spend their working week delivering beer to nine Wadworth pubs. But the coronavirus pandemic meant the one-ton shire horses were also on lockdown – and as these pictures show, the best friends, made the most of their unexpected holiday.  Nine-year-old Sam and Jac, age eight, jumped for joy as they were let loose in their field. As well as delivering beer within a two-mile radius of Wadworth’s Northgate Brewery in Devizes, Wiltshire, the horses appear pulling drays at shows.

With royal events such as Trooping the Colour cancelled last year, the horses that pull the Queen’s carriages were also on furlough. Windsor Greys Londonderry and Knightsbridge were among those turned out to graze in fields at Hampton Court Palace. 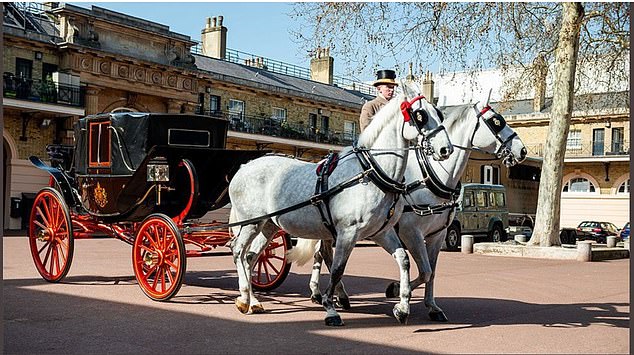 “Simple Gifts”, an arrangement of a traditional Shaker devotional, performed by Alison Krauss and Yo-Yo Ma (courtesy of Vickie Burns):

With tongues hanging out, laser-focused eyes and a synchronised running jump, these two dogs make a stunning leap of faith. The pair of border collies, Leep and Chester, were snapped in mid-air by photographer Claudio Piccoli, who has been taking all-action shots of dogs since he was a boy. Mr Piccoli said ‘With running and ‘flying’ dogs, I want to catch their soul through their eyes.’

Peppi the puli is also shown flying through the air:

A musical portrait of these flying dogs (courtesy of The Piano Painter):

All over the world, during the pandemic lockdown, nature’s comeback was dramatic with wild animals exploring empty city streets and beaches.

A taste of things to come perhaps! (courtesy of WCCO – CBS Minnesota):

The final words come from Sir David Attenborough who features in this performance of “I Will Fight” by Sarah Class:

“Spiegel im Spiegel (Mirror in the Mirror)” by Arvo Pärt (courtesy of magnalink600):