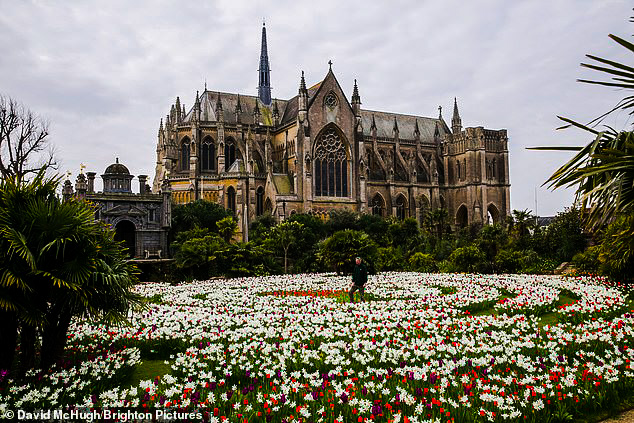 In the peaceful period between the wars, gardening and art become intertwined and an exceptional number of artists were serious plantsmen. In this golden age of garden painting, artists sought sanctuary in turning back to nature after the traumas of the First World War. Country living was cheap and, for those old enough to have been at the Front, this was the vision of England for which they had fought. Most renowned was Cedric Morris – although he was declared medically unfit to fight – who achieved equal stature as artist and plantsman, cultivating over 90 new irises. 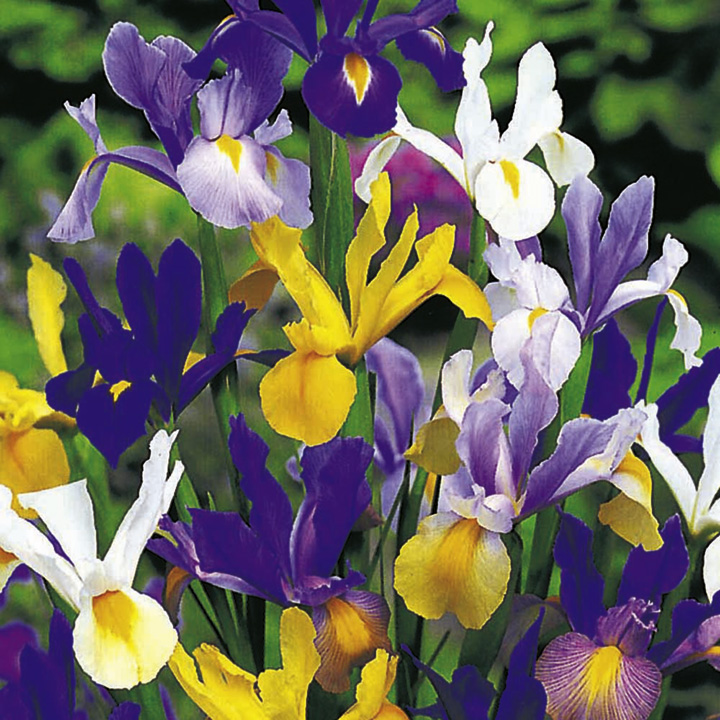 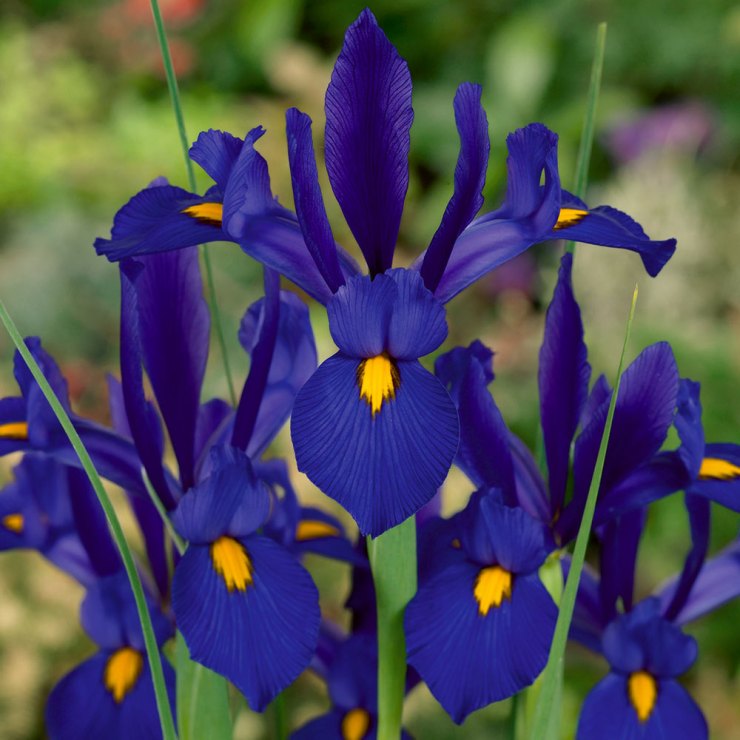 Paul Nash considered himself lucky to be alive after being invalided back to London, just days before most of his unit was killed in 1917. His younger brother, John, based his most famous painting “Over The Top” on his experience of a counter-attack that same year, in which 68 out of 80 men in his unit were killed or wounded in the first few minutes. The Nashes were both appointed official war artists, and painted their  Western Front pictures in a rented seed shed. John Nash later bought a farmhouse while another painter, Stanley Spencer painted cottage gardens in his home village of Cookham, which was his idea of heaven on earth. Many other artists bought pieces of wasteland, unkempt acres of rhododendrons and bracken, created gardens and found inspiration for the rest of their lives. 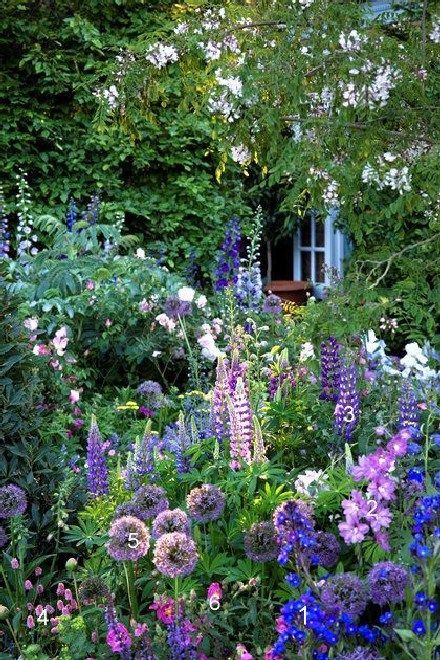 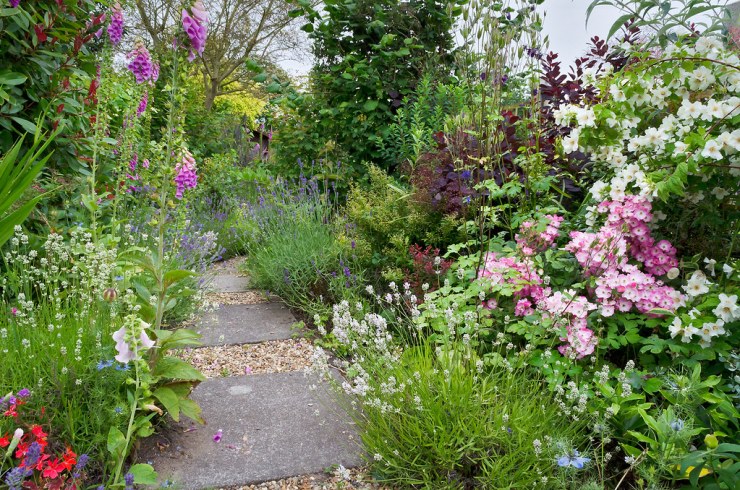 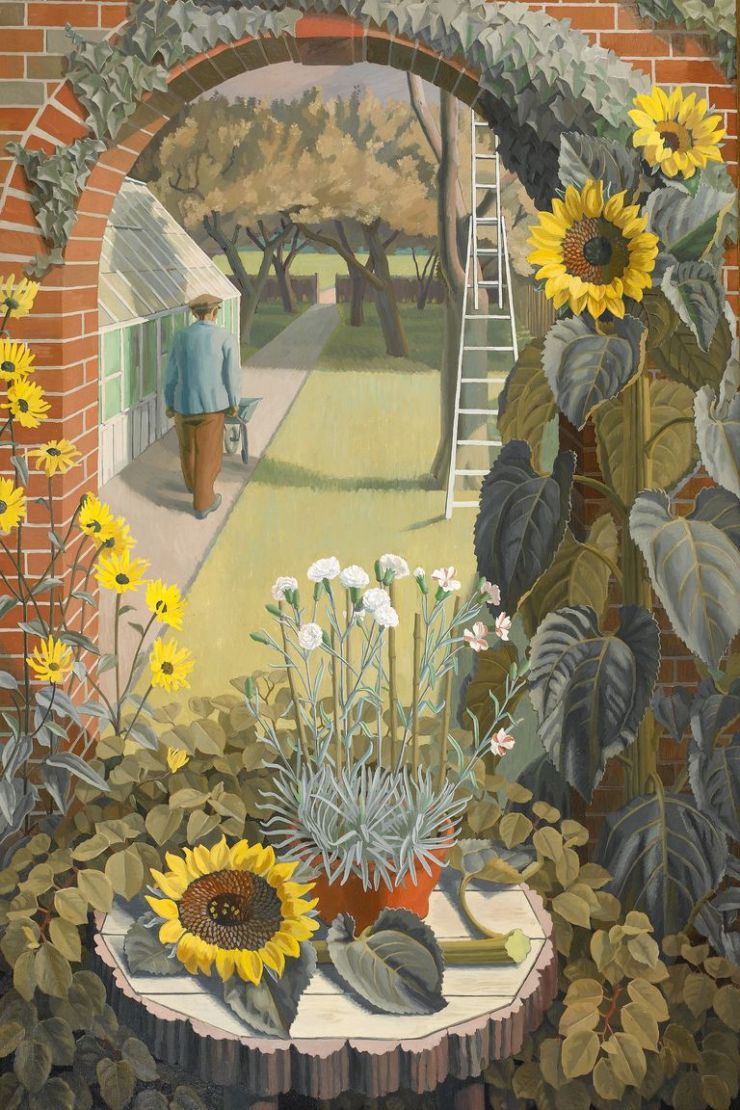 Above -‘The Garden’ by Charles Mahoney who had a passion for giant architectural plants, painted the sunflowers that other friends planted.

I am thinking that the same solace can be achieved now in our time of coronavirus horror. We live in enforced isolation and the time can be used to tidy and plant our gardens, yards, and balconies.  Those who are devoted gardeners already say that it keeps them calm, making them feel worthwhile, it keeps demons at bay and boosts mental health. It is often written that gardens and green spaces are vital for people and the planet. Not enough young people garden or even know how to. 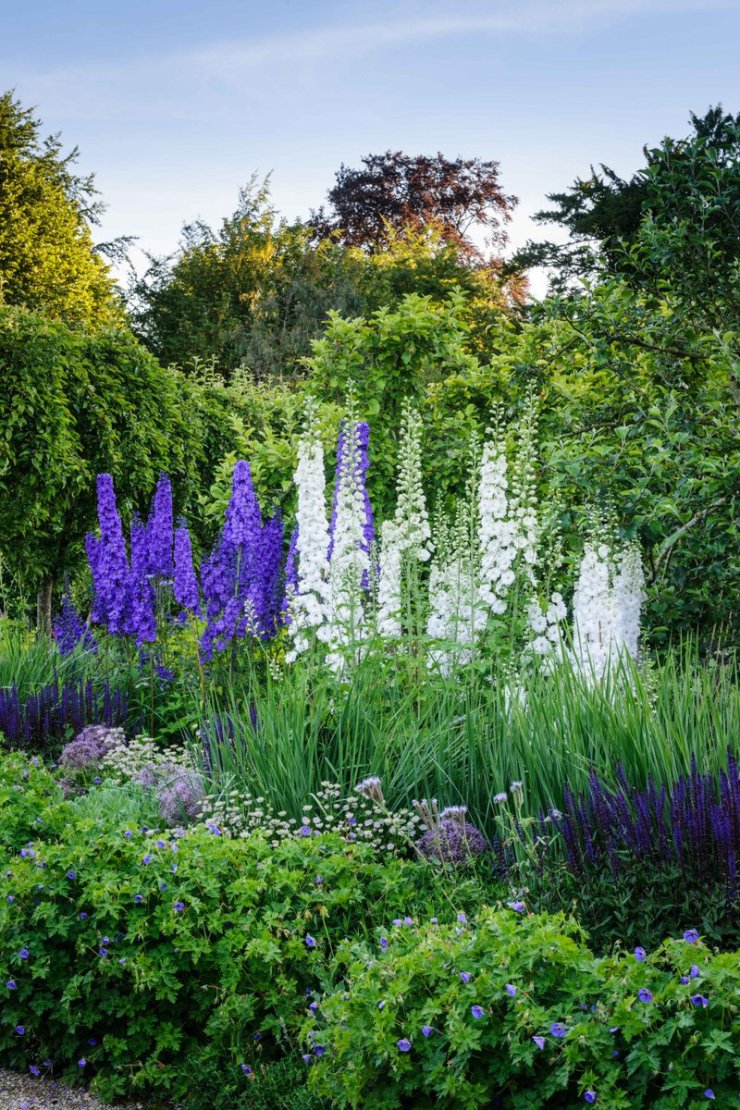 Gardening is about learning and learning and learning. I discovered that throwing handfuls of raw oats on my plant beds, watering, then covering with a little layer of compost increased the number of worms tenfold. This improves the quality of the soil and the plants flourish. Adding hight to my beds gave leg room to plants. Noticing that babies like eating soil, one of the science writers, Lucy Jones, investigated and discovered that soil bacteria act as an organic antidepressant and decided to investigate the link between nature and mental health. She encourages us to spend time outdoors, especially urgent in these days of confinement. 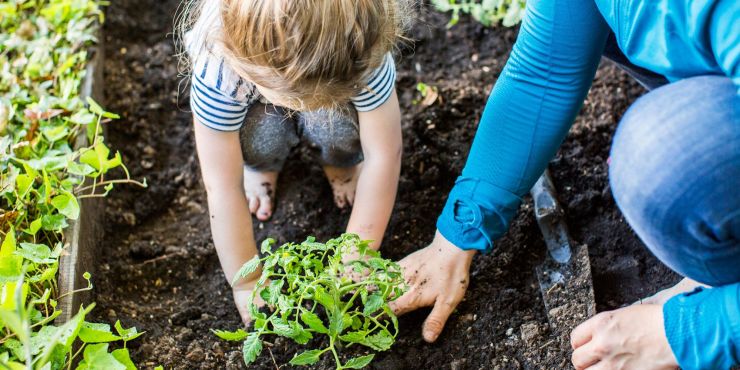 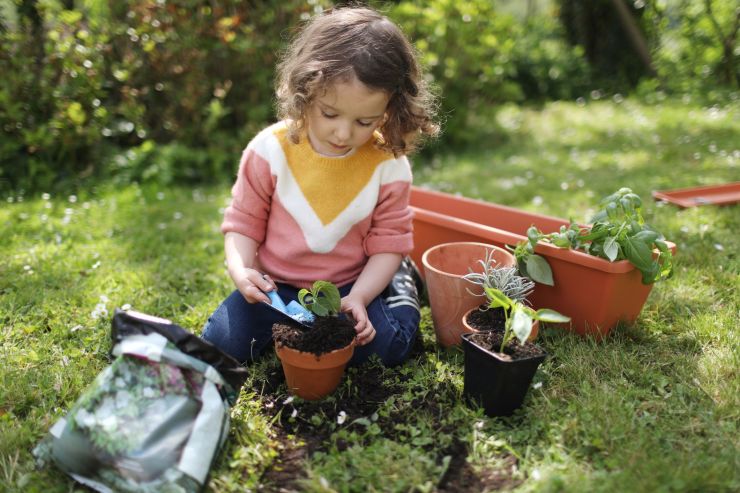 Jones interviewed experts in neuroscience, psychology, and biology and learned that urbanites’ limited exposure to the microbes found in soil weakens immune systems and raises chances of depression. The measurable impact of nature contact is striking. When Philadelphia’s government cleaned and greened areas of vacant land, gun violence dropped by 29 percent. Prison gardening programmes report strong results. In Japan, doctors regularly prescribe ‘forest bathing.’ It’s unsurprising that the Oxford Junior Dictionary replaced ‘buttercup’ with ‘broadband’ when three-quarters of the UK’s children spend less time outside than its prisoners. Hence the growing popularity of the forest school movement  – improving concentration and ADHD all over the country. Nature, Jones argues, must become a key factor in health policy and town planning. As the world faces an environmental crisis, we must be ‘galvanised’ by our ecological grief to shift our anthropocentric mindset and develop more holistic healthcare. 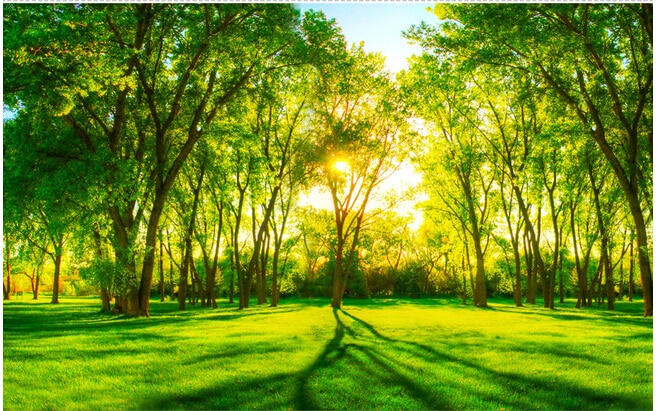 Last year’s The Chelsea Flower Show was dedicated to trees with several gardens full of woods, streams, stones and one in particular, the RHS Back to Nature Garden designed by the Duchess of Cambridge, was greatly admired. The mantra being: ‘Gardening can save the Earth.’ 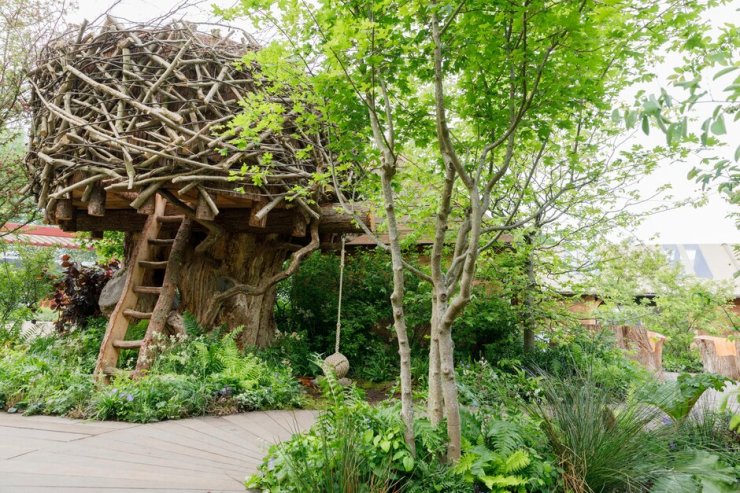 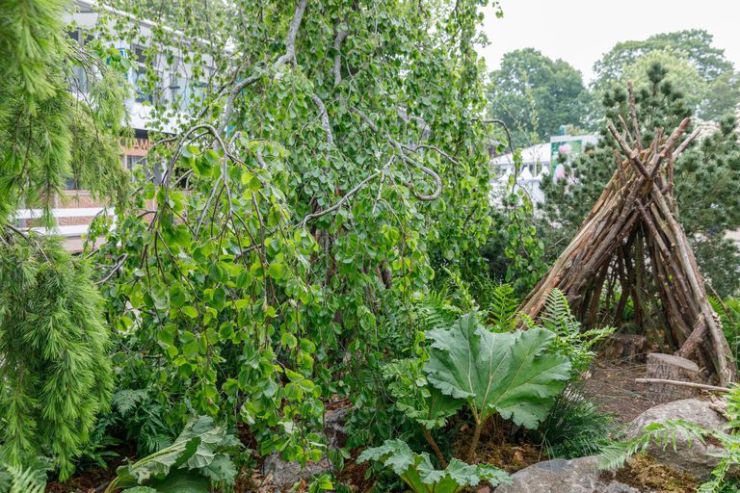 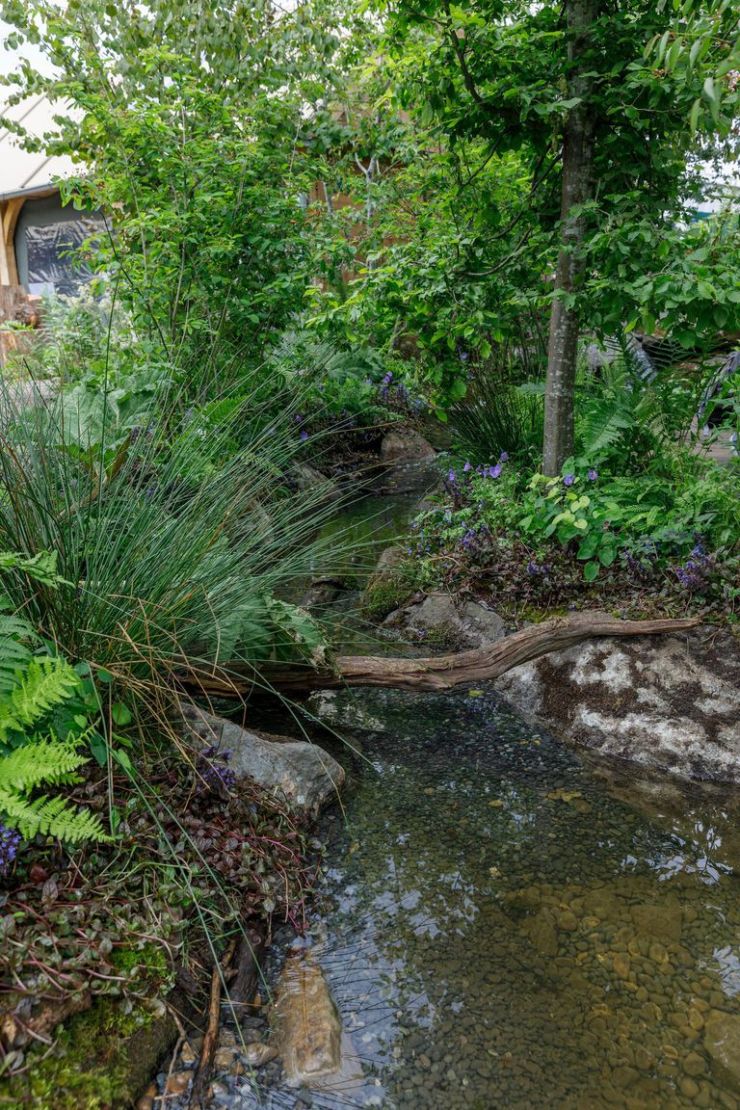 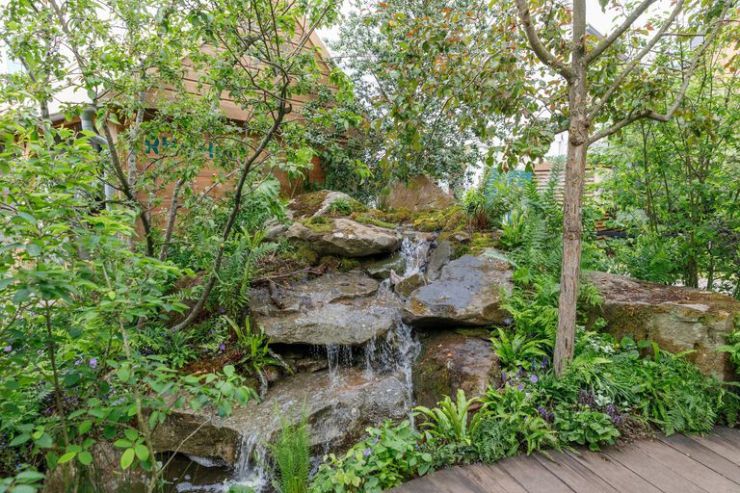 A year ago, during The Chelsea Flower Show, I wrote:

The recent technological takeover of the lives of children and even their parents has resulted in the fragmentation of family life. Often seen as a joke, at which to poke fun, in adverts showing everybody everywhere looking, checking or texting their mobiles, even when dining out, in reality, it has resulted in a huge rise in mental problems among the young and their sense of isolation. It was wonderful to see that so many people agree that nature is the only answer. With that in mind, the garden designed by the Duchess of Cambridge is my favourite. With its woodland setting, a brook, a treehouse, luscious ferns with slabs and pebbles galore, it was loved by her own three children, and indeed it was a wonderland, where they played, learning while being active. Some of the pictures above are of her garden.

The world-famous show, normally a riot of colour, this year was mostly calming green in the section of individual gardens, as can be seen in some above. This reflects the growing concern about climate warming, the campaign to destigmatise mental problems and offer help, and the overwhelming evidence that nature can be a powerful antidote to the turmoil and chaos of our daily lives. The designers of all these gardens spoke in their interviews about feeling renewed, free of anxiety, free of the pressure of modern living, within minutes of strolling among the trees, or sitting by the softly burbling waterfall and inhaling unpolluted air. Many gardeners, including myself, know well this surreal feeling, which is as if a heavy coat had fallen from our shoulders within a moment of entering our gardens. Instantly, our attention is diverted to a bumblebee busy among the bushes, or a bird singing on the branch above, or the twigs that need pruning… The list is endless, and we seem to cease to care what shenanigans the politicians or big businesses get up to, we are safe in our own paradise. This is another constantly used word – paradise because our gardens are the closest places, we know, to heaven.