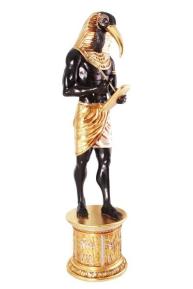 From ancient times humans have had a significant relationship with animals. The hymn dedicated to the sun god Re in ancient Egypt says: ‘Thou art the begetter who causes thy children to come into being: men, gods, flocks, herds, and all creeping animals.’ The animals were regarded as partners and loved as fellow creatures, next in affection to relatives and friends. Some were worshipped as semi-gods. In a later period, there was even a draconian law that would punish by death anyone who killed a cat, even accidentally.

In the Middle Ages, cats were prosecuted as being connected with witchcraft.  Past the eighteenth century and the fortunes of cats changed, like other animals, for the better. An early exception was the teaching of an extraordinary man, St. Francis d’Assisi, in the twelfth century. Apart from preaching to very receptive birds, and communicating with other animals, his message was clear: ‘If you have men who will exclude any of God’s creatures from the shelter of compassion and pity, you will have men who will deal likewise with their fellow men.’

In the nineteenth and twentieth century the prevailing view was summarised by an American nature writer, a great wordsmith, Henry Beston: ‘ For the animal shall not be measured by man. In a world older and more complete then ours, they move finished and complete, gifted with extensions of senses we have lost or never attained, living by voices we shall never hear. They are not brethren; they are not underlings; they are other nations, caught with ourselves in the net of life and time, fellow prisoners of splendour and travail of the Earth.’ 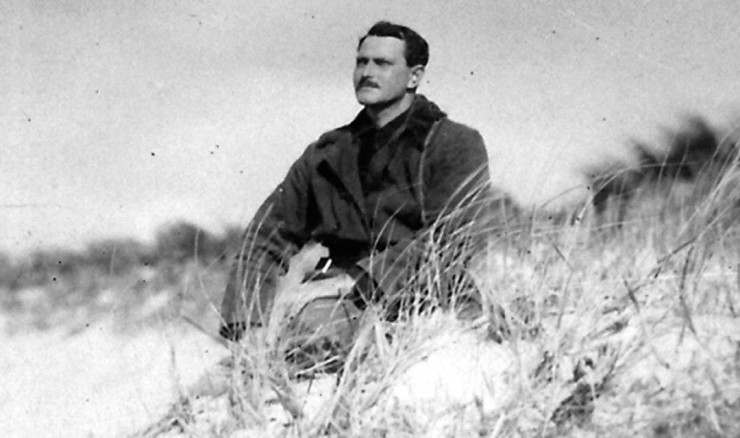 Although I take a different perspective in my dealings with animals, I admire Beston’s exquisite prose that I, just a storyteller, could have never even come close to in my own writing.  My inspiration and lifelong belief came from a book that I often write about as it should be part of a primary school curriculum, ‘The Secret Garden’ by Frances Hodgson Burnett. This is the passage where a young boy, Dickon who lives in the cottage on the moors, explains his friendship with animals: ‘ Do you understand everything birds say?’ said Mary.  ‘ I think I do, and they think I do,’ he said. ‘I have lived on the moor with them for so long. I have watched them break shell and come out and fledge and learn to fly and begin to sing, till I think I am one of them. Sometimes I think perhaps I’m a bird, or a fox, or a rabbit, or a squirrel, or even a beetle, and I don’t know it.’

I always felt the same affinity with animals and my writing about my unusual friendships with many wild creatures is wholly based on facts, however unconventional they might appear, and in this sense are collaborative works. I have followed Dickon’s advice and always spoke to animals in a soft, low voice, and never moved my arms suddenly nor gesticulated, as it would be frightening to most creatures. I was therefore surprised to see two men, well-known for their love of animals, presenting a programme on helping injured hedgehogs and breaking this rule. The sanctuary was very well run and beautifully designed, but one of the presenters had an exceptionally booming voice and would almost shout while holding the hapless creature. I can only guess what the curled up hedgehog thought about the ‘monster’.

There is an overwhelming number of books describing the friendship between humans and animals. All different and similar at the same time as while the animals are wildly diverse, the emotional connections are the same in their intensity. I will only mention the relationship between Grey Owl and his orphaned baby beavers, or Gavin Maxwell’s love for his rescued otter, as these are so well known, and the books based on their encounter and experience are never out of print. Lately, with the remembrance of the World War II, came back the story of Wojtek, a brown bear, rescued and adopted by a Polish Regiment, who fought with his comrades at Monte Cassino, and became ‘an enlisted soldier’; he has several statues, many books and a film created in his memory.

Among many enchanting books, there is one, a moving story of an eccentric Brit, Tom Mitchell.  During a short stay in Uruguay, he came across the horror of an oil spill. Strolling one morning towards the beach, he came across thousands of bodies of dead penguins, covered with a thick oil slick. Among the bodies, he spotted a movement. One of the penguins was still alive. Reading his vivid description of getting a very angry and frightened animal home is more nail-bitting than any thriller. After a huge clean-up operation, involving washing up liquid, a bottle of shampoo, some detergent, butter and oil, and  lots of newspapers, plus a rubber band put over the razor-sharp penguin’s bill as he had already been badly wounded once, the creature looked at him not in anger but in a quizzical way, as if making sure he was really doing the job properly. As Tom had to go back the next day to Argentina where he was teaching English, he tried to return the cleaned bird to the ocean. To no avail; the penguin kept on following him back. This was the beginning of a friendship and the two unlikely companions become utterly inseparable.

Millions of people read the book about Bob, the homeless cat that attached himself to a drug-addicted young busker on the streets of London. He saved the young’s man’s life and turned his fortunes over because faced with the dilemma of whether to buy drugs or food and medicine for Bob, the cat won every time. Bob’s ability to do high-fives drew crowds and a sharp-eyed passing literary agent. The rest is history. They now live comfortably and often travel the world promoting more books, a film, and a sequel. As their luck holds they both found love. 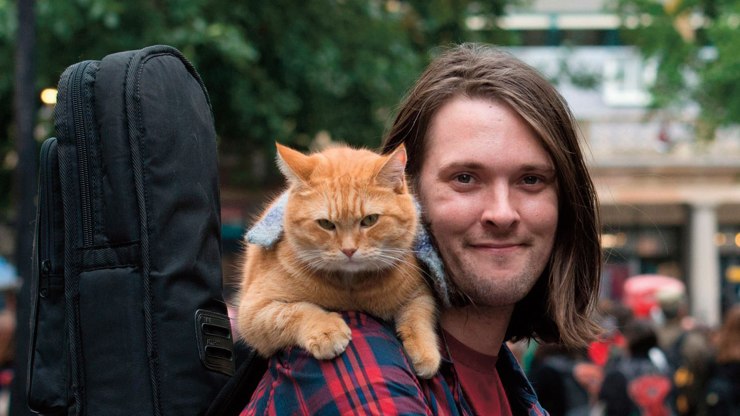 My own extraordinary friendship with a young hedgehog that I have rescued in the depth of winter is well documented in other posts in this blog. I experienced at first hand the emotions described by Dickon; the feeling of deep bonding, of being so connected that neither of us was consciously aware that we were belonging to different species. He happily became more of a human and I more of a hedgehog. We were also utterly inseparable.

There are many heart-warming, unusual friendships between animals, but the last one is very special indeed. It is the story of a police dog, Finn who saved his handler, PC Dave Wardell, from being killed by a vicious thug, but was himself almost fatally injured. For his bravery, he received PDSA Gold Medal, the animal George Cross. This story ‘captured the hearts of the nation.’ Both retired, they now live together. The policeman worships his friend and refers to the dog as his hero, as he would no longer be here without his bravery, courage and loyalty despite sustaining horrific injuries. To see them both so devoted to each other is as inspiring as it is uplifting. It also shows the value of true friendship and the importance of appreciation for the special friend in our own life.

This week a thug who stabbed a police dog called Audi was jailed as the new legislation known as Finn’s Law was used. The Animal Welfare Act now recognizes that crime-fighting animals are public servants and not police property.

The world-famous writer, vet James Herriot, whose books about his work have sold in millions, wrote this observation: ‘If having a soul means being able to feel love and loyalty and gratitude, then animals are better off than a lot of humans.’

2 thoughts on “Who Are Our True Best Friends?”