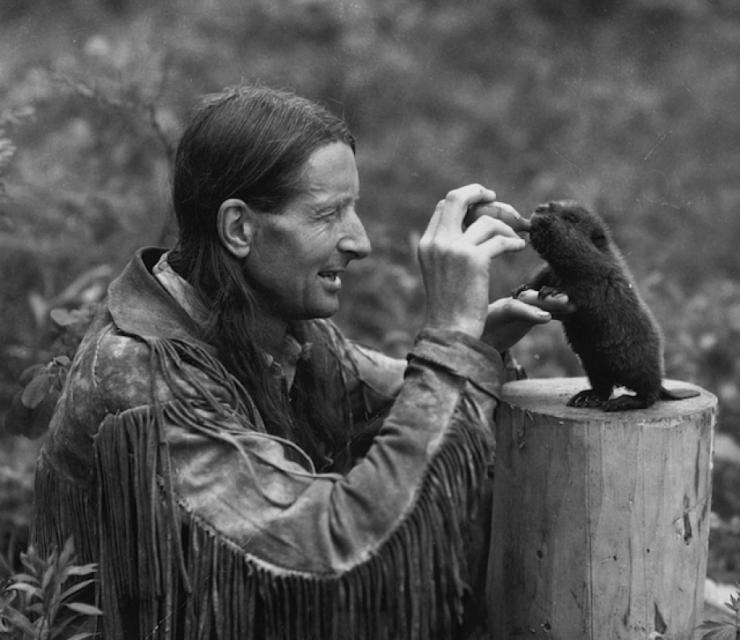 My connection with Grey Owl started through my parents, long before I was born. Between 1932-34 a Native Indian from the remote Canadian forest became a global sensation. His lectures on the need for conservation, protection of forests, animals and native Indians, were so passionate, articulate and charismatic that he had attracted the attention of agents, publishers and those who were hoping to make money on the seemingly simple man. Books quickly followed, again to great acclaim. His tales of a trapper turned protector, written in clear heartfelt prose, some with his own illustrations, had struck a chord with many people. Those were the times of smoky jazz clubs,  European nightclubs of Charleston, drinks and other excesses, and here was a man extolling the pleasure of early morning swims in the cool forest lake, long walks among the pine trees, the beauty of nature, wildness and animals, especially beavers. His enchanting book about saving and bringing up two orphaned baby beavers, again with his simple but attractive drawings, became a bestseller. After ‘The Men of the Last Frontier’ and ‘Pilgrims of the Wild’ came ‘The Adventures of Sajo and her Beaver People’. This was the book that my parents (a doctor and a journalist/poet) loved so much that in their letters to each other they used the beavers names as their pet names. When I was born much later, I was initially called Little Beaver. 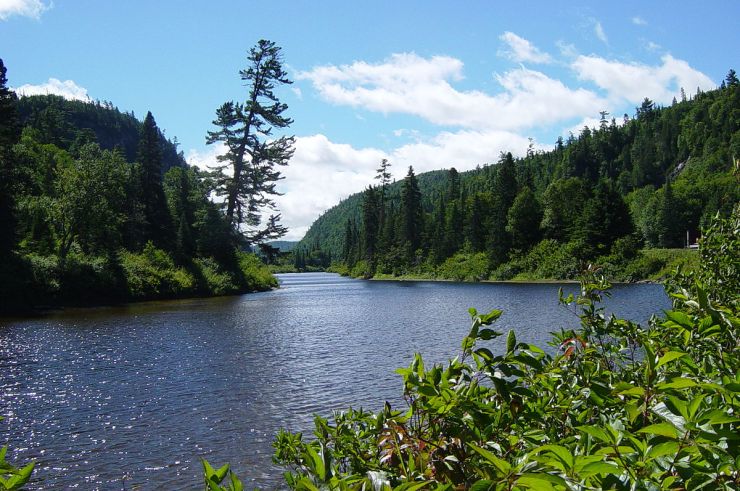 Grey Owl (He who walks at night), become the best-known Canadian author of his day. He travelled the world and his lectures were attended even by royalty, as was the case in England. When it was discovered that the Native Indian was in fact an Englishman, Archibald Stansfeld Belaney, born in 1888 in Hastings of white parents, and brought up by his aunts until the age of seventeen, the publishers were devastated and stopped using the name Grey Owl. The scandal didn’t make much difference to the millions of admiring readers and to the popularity of his books, translated into many languages. He was a conservationist and his powerful message to save the Earth from destruction will never be forgotten, no matter what name he used. There have been since many books written about his unusual life, and a film was made about his friendship with Native Indians and his work, with Piers Brosnan as Grey Owl.

In this country beavers became extinct a long time ago, hunted pitilessly because their fur was used for highly prized hats, as well as their bones being used to stiffen the edges of clothing. Recently, we came to our senses and after 400 years of absence, gradually, beavers were introduced back to some rivers, firstly in a secret location in Scotland, and now also in the West Country, where they are thriving. They are now under protection. Beavers are well-known for being hard workers, felling and cutting trees to build their lodges and dams. The lodge is a masterpiece of architectural design, safe from predators as its entrance is under water. It is made comfortable inside with soft twigs and moss. The dams keep the level of water stable and are beneficial to wildlife. To ‘beaver’ is to work hard in human terms. The word ‘beaver’ can be traced back to Sanskrit, and it means ‘brown’.  To be able to see again those beautiful creatures in our rivers, busy but watchful, their flat tail making a loud warning sound when hitting the water, is a great privilege and delight in equal measures. 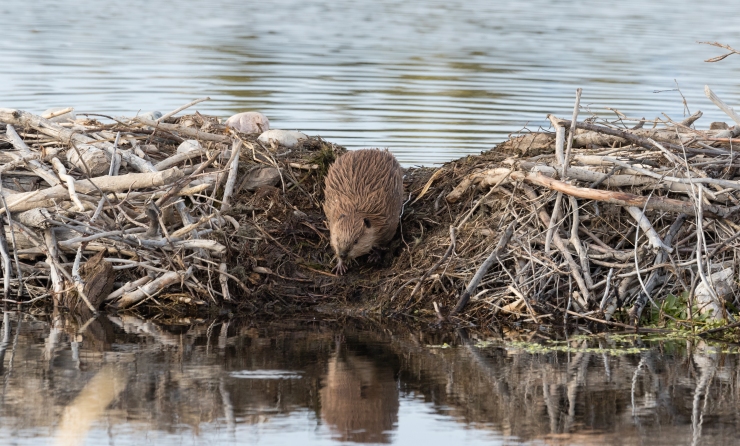 2 thoughts on “Grey Owl and his Beaver People”