In my family book of children’s stories dating from the nineteenth century, the front cover has a picture of an old oak tree and an enigmatic cat that is walking around it; it is an illustration of Pushkin’s poem and the book’s title: “Tales of the Wise Cat”. The poem starts with this:
“On the shore there stands an ancient oak,
around the gnarled oak a golden chain is wound round and round.
And night and day on that chain the Wise Cat walks in timeless circles:
He turns to the right and sings a song, he turns to the left – he tells a story.”

Being part of my childhood together with “Alice in Wonderland” and “The Secret Garden” among others, this book made me accustomed to the connection between animals and storytelling and reading. I am therefore always delighted when I read about something that is a surprise to many but to me it is an everyday occurrence.  A month ago it was reported that Poldark star Eleanor Tomlinson reads bedtime stories to her Border Collie, Bert. A few readers wrote in with their funny and heartwarming stories of reading to their pets. One young girl reads different stories to her two dogs. Her terrier has a stuffed owl as his toy and so she obliges with a children’s book on owls. Her other dog, an Alsatian, loves by contrast to hear adventure tales. Some time ago, a YouTube sensation was a man singing a lullaby to his baby kittens. As it would send them to sleep, it obviously worked. In my previous posts about a young hedgehog I have found in my winter garden, wet, dirty and close to death, I wrote that after I nursed him back to reasonable health (he had to have medication for life), the most cherished ritual he loved was having the same lullaby sung to him over and over again, while being rocked to sleep. I also know from lifelong experience that all animals living with us respond positively to being talked to at length, about everything and anything. They are discreet and so whatever we share with them is going to be safe. Perhaps I should advise caution when talking to parrots as they are habitually of somewhat loose tongue.

I also wrote about the disparity between brain size and intelligence of animals. It is presumed by many people that the smaller the brain, the less impressive is the intelligence. I have always disagreed with this view and now we know that it is the number of neurons in the brain, and not its size, that is the marker of intelligence. That is why I am fascinated by the latest research about the intelligence of some birds, namely crows, ravens, jays and rooks.  At the University of Cambridge, the researchers set up a test for eight crows. They were taught that a specific size card would give them a piece of steak when put in a vending machine. The crows were later presented with a piece of paper of a larger size. They understood at once that they needed to rip the paper to the correct size to be able to get the steak again. One crow, Emma, got this task right 39 out of 40 times.

The raven brain is only the size of a human thumb but there is no doubt about their superior intelligence. A study from Lund University found that ravens are better at forward planning than four-year-old children. They can recognise human faces, can use tools, and are able to make group decisions. Swedish researchers wrote in the journal Science that ravens can spurn lesser rewards in order to receive a better one the following day. 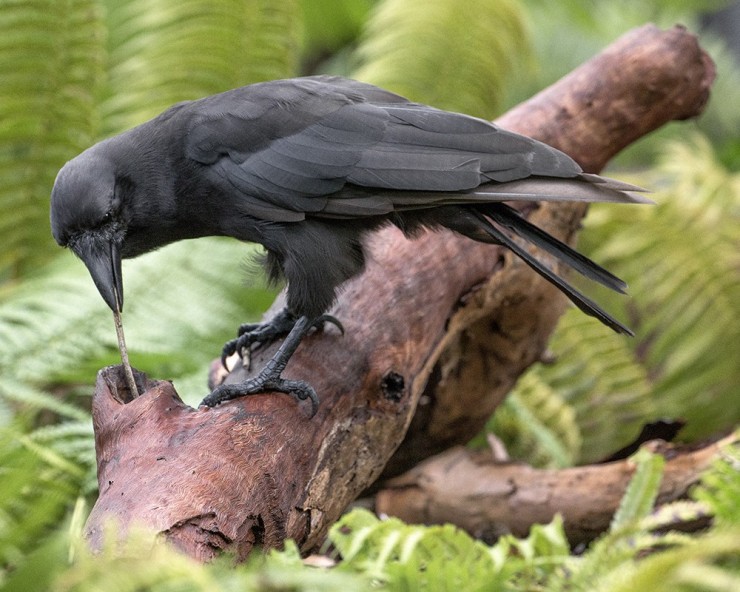 There is another interesting finding by the researchers of the University of East Anglia. It is about the things birds can teach us about reducing stress in our life and therefore living a more healthy life.  It starts with the fact that like humans, birds are territorial; it is therefore of vital importance that their neighbours, other birds, are either of the same family or that they know them well. In such a set up, they are physically healthier and age more slowly. The researchers measured the birds’ body condition and telomere length (sections of DNA that erode faster during stress and poor health). If they were presented with the arrival of new and less friendly neighbours, their health deteriorated and their telomeres shortened more. 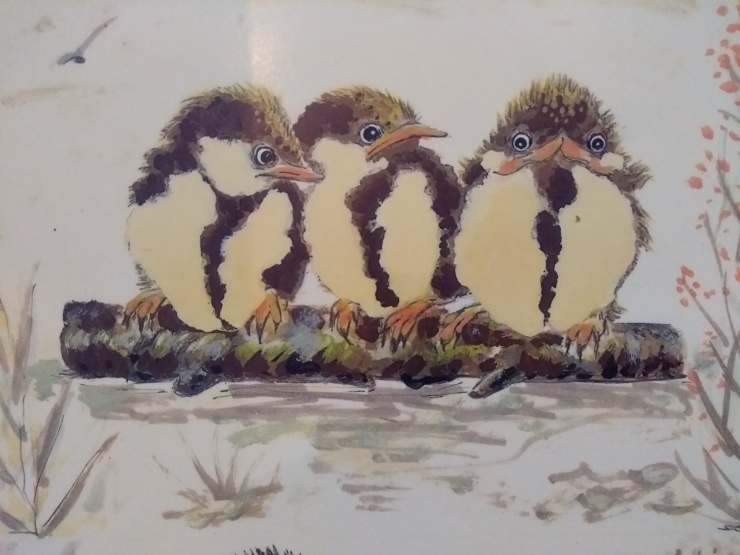 Scientists at the University of Southern California came up with interesting findings about gut instinct, they called ‘sat-nav’, that helps animals and humans to find food. Apparently the body’s biggest nerve, the vagus, runs from the stomach to the brain and it signals to us when we are hungry. This ‘sat-nav’ helps humans and animals to remember where they ate by directing signals to the hippocampus, the brain’s memory centre. I can relate to this finding since I have seen my garden slugs gathering  at night under the multiple bird feeders and feasting on masses of bits of fat, crushed biscuits and other foods that fall from the table. I have to evict nightly some clever slugs who have learned that there is close to the garden door, in the kitchen, a good supply of soft and juicy cat food (chicken in jelly, a firm favourite) and milk. They drink milk with such gusto as if it were champagne, and when evicted attempt to come back within a few minutes by sliding under the door. Regrettably, as my own research is finished, I now take steps to prevent the underdoor sliding entry of my gourmet visitors.  As to the well-known connection of humans with the fridge door, what can I say? Guilty as charged.

4 thoughts on “Reading a story to your pets? A Big Yes!”