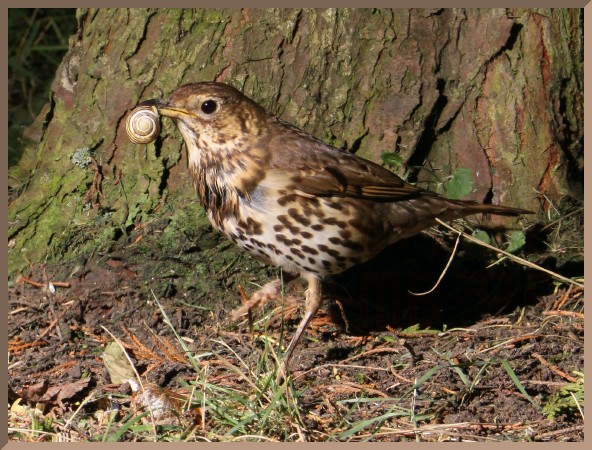 Easter is just a few days away and my thoughts are about eggs, but not the chocolate ones, rather birds’ eggs. Almost always, when the nests are ready, birds go away for a day or two to watch over their homes safely from a distance. After finishing building the nest, the female is completely preoccupied with fortifying herself with as much food as possible. The birds in my garden, at this time of year, jump up and down when I dish out their breakfast, almost snatching bits from my hands. The females’ appetites are voracious since they have to produce the eggs, which are in biochemical terms  the richest composition of proteins, fats, minerals and carbohydrates. The sizes of bird eggs are very diverse – from an ostrich egg weighing one to two kilograms, to an egg of half a gram that belongs to a colibri. In practical terms, it means that you would have to have 3,000 colibri eggs to one ostrich egg. As is well known, an egg consists of a white and a yolk. The yolk is surrounded by a membrane and is suspended from the middle of the shell by two threads. At one end of the egg, there is an air chamber. Just after being laid, an egg consists largely of water, and the air chamber doesn’t exist as yet. The water evaporates in a few days and air enters the chamber which grows. That is why a fresh egg is always heavier than water and sinks, but a week later the same egg will slightly rise, and an old egg will float. 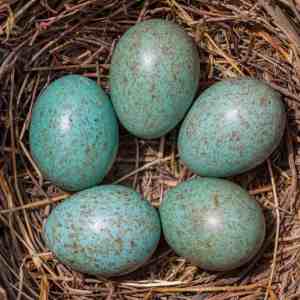 The majority of our singing birds lay four to six eggs, but blue tits may have as many as nine. The number of eggs depends on the bird’s size, age, and on the number of its predators, the amount of food available, and even the climate and weather conditions. Large birds of prey need raise only one chick to ensure their continuity, and the same type of bird living in different parts of the world will have most eggs in cold countries, and the smallest number in hot climates. The shape of bird eggs is varied too, from oval, pointed or even pear-shaped or perfectly rounded. The colour of eggs depends  on the security of the nest. The more secluded the location, the eggs are white, otherwise they are blue,  green or speckled brown and grey, to make them less visible. Those birds that lay their eggs in the open ground have eggs coloured olive with brown spots, and thus they are completely undetectable among the dry grasses and earth. There are two other reasons for the dark colouring of the eggs – the dark colour absorbs more sunlight, and the shell keeps warm better. As the embryo inside the egg cannot survive bright sunlight, a dark coloured shell acts as a protective umbrella in the same way that we use the sun parasols on the beach. 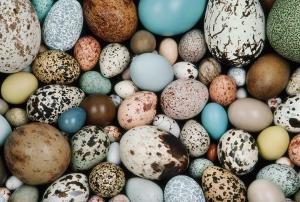