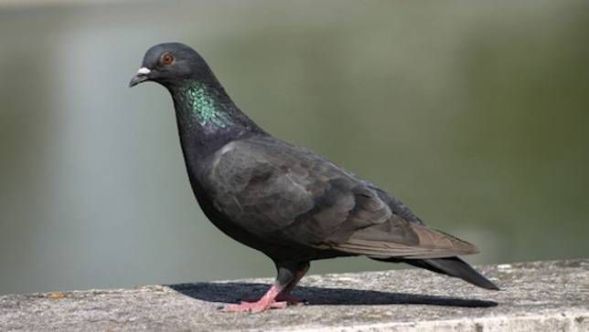 I like to find out about all those intriguing questions to which many people don’t seem to know answers,  and this probably accounts for my interest in nature. Daily intake of water is of paramount importance to us but not to many birds. Most birds drink a little but they all need water to wash. Only birds who feed on seeds, need more.  Some birds, like nightingales and swallows, are satisfied with a few dew or rain drops. In winter they often eat snow to quench their thirst. The majority of birds cannot suck and so just keeping the beak immersed in water would be pointless. Instead, birds use the same method we do when drinking with a spoon. They take a few drops of water into their beaks then sharply lift their beaks up, literally pouring the water down their throats.  Birds are unable to suck because they don’t have the necessary apparatus  that we have which is a division between our nasal passage and our mouth. Because air enters a bird’s nasal passages all the time, it prevents them sucking water in. There are some exceptions. Pigeons have, on both sides of their beaks, two visibly raised, strong muscles that firmly close the nostrils while they are drinking, thus allowing a powerful pumping movement of water towards their throats, while at the same time dispensing with the necessity of lifting up their heads. There is a good reason for the economical use of water by most birds. They don’t have sweat glands and they don’t urinate, with the exception of ostriches whose equipment matches our own. Birds don’t have bladders and urine is expelled directly from their kidneys, but the water content is then reabsorbed, leaving only white, microscopic crystals. These are expelled through the gut together with solid waste, which is why bird poop splodges on our cars are, in part, brilliantly white.

Birds feed in a completely different way to mammals. As they have no teeth, which are essential for grinding food, they have to swallow whole whatever food they find. There are some exceptions – for example the parrot, whose beak serves as a grinder for nuts and seeds, or most birds of prey who tear meat to pieces while holding it with their feet – but the majority of birds grind food in their stomachs.  For example, a pigeon has got two round, bone-like plates in its stomach that will grind the hardest of seeds and nuts in less than 4 hours.Most mammals have some sort of mouth that is similar from one species to another, but have you noticed what an amazing variety of shapes and sizes there is where birds’ beaks are concerned? This is because birds take their food from all sorts of places  – water, mud, earth, inside tree bark, fruits, flowers etc. – and the design of the beak, as well as its strength and the type of the food taken, reflects that need.  In mammals the top jaw is firmly fused with the skull and is, for that reason, immobile.  If you have watched a blackbird at work in your garden, you might have wondered how he can get a worm from the soil – after all he thrusts a closed beak into the earth. He can because birds have the top part of their beak connected to the skull by a joint. And so, when the bird comes across an unlucky worm, he simply lifts the top part slightly, thus making a space for his catch between the blades of his “scissors” – his beak. Ingenious!

In some cases, birds’ stomach muscles are exceptionally strong. One such bird is the turkey whose  stomach can grind almost anything. During an experiment in 1752, the zoologist Reaumur fed a metal spring – which would require a 40kg weight to flatten it – to a turkey. It become flat in the turkey stomach within 24 hours. The seeds and little stones contained in a turkey’s stomach make such a noise during the grinding process that you can hear it at a distance of two metres. That, of course, is true only for turkeys raised on old-fashioned farms where they can roam freely and feed on all sorts of things including a few small stones, here and there.

Here is another interesting fact which shows how important and helpful are studies of birds: it was recently discovered that the temperature of small birds’ faces when they yawn cools down. This facial temperature is also a marker of their brain temperature. Scientists concluded that yawning-induced cooling of the brain is beneficial by keeping the brain alert. This also answers our question as to what purpose yawning serves.