“A generous heart, kind speech,
and a life of service and compassion
are the things which renew humanity.”

“A thousand candles can be lighted from the flame of one candle,
and the life of the candle will not be shortened.
Happiness can be spread without diminishing that of yourself.”
Mahatma Gandhi

When I heard this incredible story, I knew that it had to be told at Christmastime, as this is a true tale of hope, redemption, and altruism. This is the story of an Indian nobleman who is known as Indian Heart or the Indian Oscar Schindler; his name is Maharaja Jam Saheb of Nawanagar. I know some readers might at this point turn, ready to leave, these I will beg to stay and hear the story first. No one can choose into which family, or which country to be born, it is how we use the advantages given that make us special or not. This man personally saved the lives of a thousand orphans and six hundred women who were on the point of dying from starvation in orphanages during Stalin’s reign of terror in Russia during World War II. What makes this Indian man remarkable is that these were Polish orphans whose parents had been murdered on Stalin’s orders, and he had nothing to do with either Poland or Russia. Furthermore, he persuaded his friends to join him in his rescue mission, and in total, he brought back to the safety of India, five thousand orphans.

Does anyone still want to leave now?

The Maharaja’s uncle, Sir Ranjitsinhji Vibhaji Jadeja, a famed cricketer, whom he succeeded

THE FATHER OF THOUSAND ORPHANS

He was born into a wealthy family and succeeded his uncle, the famed cricketer Ranjitsinhji. Highly educated in England, he spent some years in the army.

When World War II broke out, he was in England taking part in negotiations to end the British rule. Here, he met the Polish General Sikorski, head of the Polish government in exile in London.  From London, he went to stay in Switzerland, where his neighbour was a former Polish president, Paderewski, a pianist and composer, where he learned about the dire fate of thousands of Polish orphans. He volunteered to give them a sanctuary in India, in Gujarat, in one of his villages, Balachadi.  At that time no one knew what state the children were in. They had been left to starve. Given one slice of bread a day, in dirty rags, covered in lice, they had frostbite, and many had died already. They were scattered in orphanages across Russia, another problem to overcome.

“Uletay Na Kriliyah Vetra” (Fly Away on the Wings of the Wind) from the Polovtsian Dances in Prince Igor by Alexander Borodin (courtesy of Kalevala Folk):

The Maharaja set about organising the rescue with military precision. As Stalin allowed the Polish orphans to leave Russia, they were taken to Persia (now Iran) in groups of 160 by train, There a convoy of several military trucks driven by Indian drivers waited. The children were piled, dirty and in their rags, onto the trucks. At least they were given some food bought on the markets by the very kind and friendly Indian drivers. Just as well, because they were bewildered, frightened, and crying for their parents.  The convoy moved slowly the 1,500 kilometres, through the rough and mountainous parts of Afghanistan to India. There were many problems during this difficult journey but everyone just lived for the day they would reach the safety of India.

Among a few adults accompanying the children was a chaplain, Francis Pluta. Told by his superior that he had to go with the children, and then stay at the camp in India, he pleaded to be excused. He was already traumatised by having been kept at a brutal concentration camp in Russia, and twice on the point of execution, he had just survived by a miracle. Now, he understood that God’s will saved him for a reason, and he agreed to go on the long journey.

The epic journey of these refugees has been commemorated by a Symphonic Poem “The Journey” by the composer Ganesh B. Kumar, which comprises the second part of his album “Spirit of Humanity”. Speaking on his second composition, Ganesh Kumar said, “As with the first composition, I was seeking a challenging and meaningful theme for my second work. My search ended when Shri. Anand Madhavan drew my attention to a treasure trove of lesser known historic events of pre-independence India (1942-1947), which included the touching act of humanitarianism by Maharaj Jam Saheb Digvijay Singhji, who was the first ruler to open doors to and save the lives of thousands of Polish refugees during the Second World War. The magnanimity of the Maharaj and the riveting tale of displacement, despair, migration and resettlement of Polish refugees from the Soviet Union to India, inspired me to write the Symphonic Poem THE JOURNEY – from Despair to Hope, as a fitting tribute to the ‘Maharaj’, ruler of the erstwhile princely state of Nawanagar, Gujarat.”

“The Journey” by Ganesh B Kumar, performed by Jaqueline Zierau and the Choir of the Opera Halle (courtesy of Various Artists – Topic):

On arrival in the village Balachadi, the Maharaja welcomed them, saying: “You are no longer orphans. From now on you are Nawanagarians and I am your Bapu, father of all Nawanagarians, and I will look after you all.”

On Christmas Eve the Maharaja with the children: 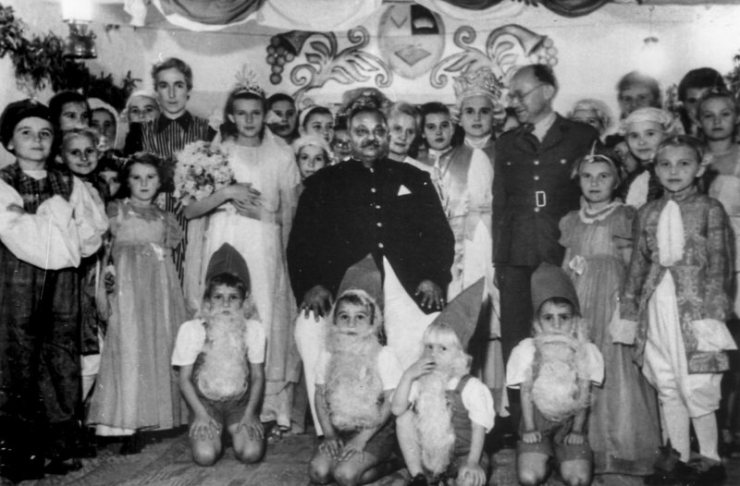 There were bungalows ready for them, with a bed for each child, a clean change of clothes, washing facilities, and food waiting. The filthy rags were burned and after a thorough wash, they sat down to their first proper meal for months.

One of the children, now an old lady, remembered: “We thought this was Paradise, a beautiful place, with the ocean lapping our bare feet, colourful, exotic plants and flowers,  wonderfully warm, and safe. We were so happy!”

After the medical checks and the clean-up operation, a school was opened, with each child given a school uniform. To make the initial learning more comfortable for the children, the Maharaja recruited Polish teachers but also arranged English language lessons. A set of musical instruments was bought and in no time a small orchestra was practising and first entertaining at school, but later, playing for the Maharaja at his palace, which was close to the camp.

Having their own orchestra meant that the dance evenings were very popular, and children in their sewing classes made various costumes.  It could be for Christmas or a folk dance routine. Apart from singing the Polish anthem, they delighted the Maharaja by singing for him the Nawanagar anthem. This must have come from their overflowing with love and gratitude hearts because Karolina, one of the saved children, now 90, when asked to sing, gave a perfect rendition of the Nawanagar anthem, in Hindi. And she looks at least twenty years younger, I presume, because of that magical childhood. 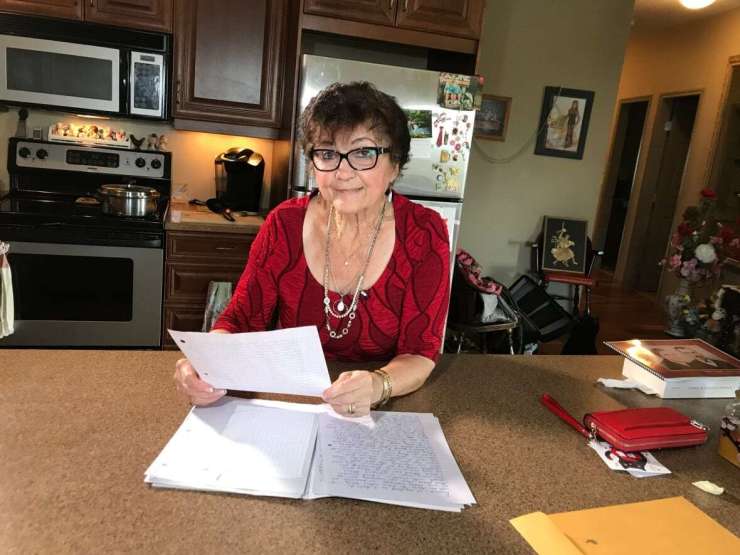 In 1947, India gained independence from British rule and all non-Indians had to leave. All the children, now teenagers, left for Canada or the USA, some went to Poland after their relatives were found. Karolina, arrived by ship in Halifax, Canada, invited by her pen pal’s family 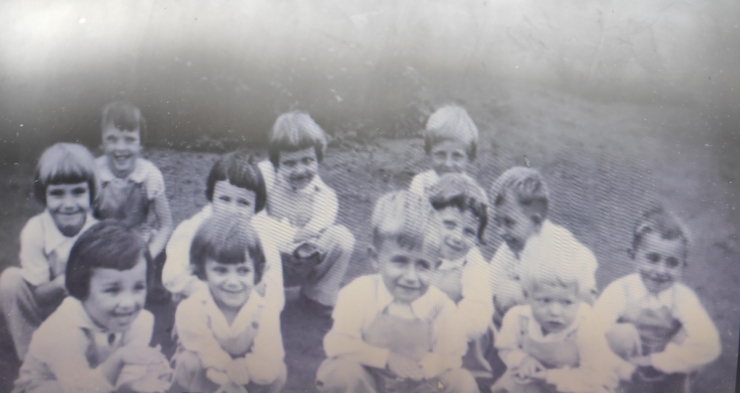 Some memories of the refugees from “A Little Poland in India” (courtesy of Mumbai Women’s International Film Festival; the complete documentary is available to view online):

Rajkumar Sukhdevsinh, the 83-year-old nephew of the Maharaja, remembered spending a lot of time playing football with the boys from the camp and staying with the children during Christmas celebrations.  “My uncle was by nature a wonderful man. His mindset was to help, to say here is a good cause, a worthy cause, something I should be doing”, said Sukhdevsinhji.

“Walking In The Air” by Howard Blake, performed by Peter Auty (courtesy of NASA Johnson):

The Maharaja never asked for anything in return for his grand gesture but dreamed of the day that he could walk in Poland on a street named after him in liberated Poland. That didn’t happen in his lifetime. It was only after Poland was fully independent in 1989 that a square in Warsaw was named touchingly after him, “Dobry Maharadza” (Good Maharaja).

A monument was erected and he was awarded posthumously The Commander’s Cross of Order of Merit of the Republic. 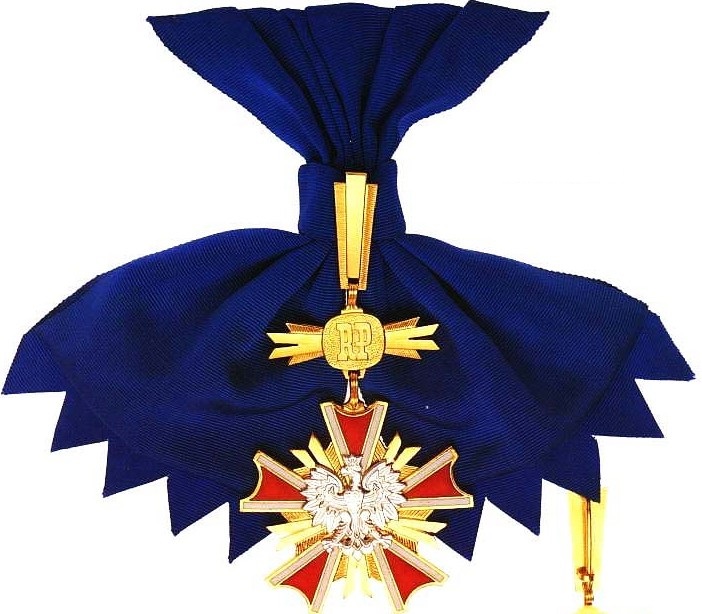 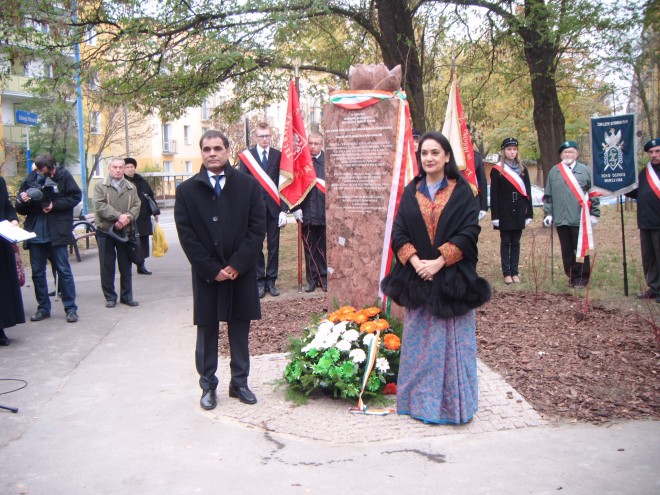 The words on the monument that say it all:

HE SURROUNDED WITH CARE 1000 POLISH CHILDREN

HE EVACUATED  FROM  THE  SOVIET  UNION  TO  INDIA

HE PROVIDED THEM WITH HOMES, FOOD, MEDICAL CARE

AND EDUCATION  IN A CAMP  BUILT  FOR  THEM  CLOSE

BY  HIS  SUMMER  RESIDENCE  IN  BALACHADI

A school in Warsaw was named after Maharaja and the words on the monument expressed the feelings of people in a country a continent away from India. 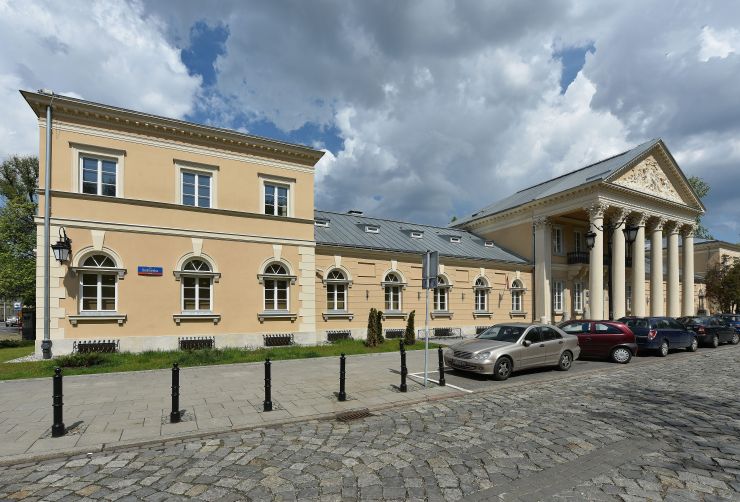 For those readers who don’t speak Hindi or Polish, here is a translation from the monument, below, in India:

TO  HONOUR  THE NAWANAGARI  LAND

WHICH  DURING   DIFFICULT  YEARS OF WORLD  WAR II

PROVIDED SANCTUARY AND  HOSPITALITY TO ONE THOUSAND

Nonetheless, despite these tributes, the story of the Good Maharaja is not at all as well known as it should be. Courtesy of India In Details:

This low profile is likely to change as an upcoming film “The Good Maharaja” is scheduled to be released on 31st March next year. It is an epic Indo-Polish war film directed by Vikash Verma and produced by G7 Films Poland. The film stars Sanjay Dutt in the titular role. Judging by the other works of Vikash Verma, this film will be a worldwide success. I would urge everyone who has the opportunity to support the film, either by going to see it or buying a copy, as a tribute to this extraordinary man.

This post is based on the book written by the nephew of the chaplain who stayed with the children at the camp. The author’s name is Leonard Pluta and he lives in Canada. The book’s title in English is “Father of Thousand Orphans”.

It would be difficult to add anything to this heart-warming, uplifting story; the facts speak, no, shout for themselves, except to let Mahatma Gandhi to have the last word :

“BLESSED ARE THE PEACEMAKERS

WHEN  I  DESPAIR,  I  REMEMBER  THAT  ALL  THROUGH

THERE HAVE  BEEN  TYRANTS AND  MURDERERS AND  FOR   A TIME,

“A Thousand Candles” by Svetlin Marinov and Antoniya Mineva (courtesy of Marinov):

An in-depth account of this story is given here:

And finally to my dear readers, courtesy of AnimeSnatcher, a festive wish from the masters of Christmas cheer:

55 thoughts on “Father of Thousand Orphans”