“Look deep into nature, and then you will understand everything better.”
Albert Einstein

“The good man is the friend of all living things.”
Mahatma Gandhi

Watching the news as I do at least once a day, I like to see the end of the serious bulletin followed by a spirit-lifting report of kindness shown to people or animals in need. One time there was a crowd of people who lifted a train to free a woman’s leg that had become trapped between the platform and the train.  A day later there was a story of two kittens born without back legs, but who despite their disability could walk and jump without problem, using their tails to help them balance. They were being well cared for at the Rescue Me animal charity in Liverpool.

And here is the important point: we are living in turbulent times and the bad happenings have to be balanced by highlighting the good ones that will always prevail.

“Through the Woods” by Yasmin Williams will soothe your spirits

A few years ago the international, heroic rescue of the young boys from a flooded cave in Thailand and just recently our national football team’s efforts to win the EURO 2020 brought such a feeling of goodwill and the realisation that when it is needed, we are united and the world is not such a bad place after all.  Not long ago I read the blog of someone writing about the injustice in treating animals, and while it is a fact, the author concentrated wholly on the horrors, which almost left me feeling despondent. The same writer specialises in animal aggression and anger. We cannot perceive natural behaviour in animals in negative terms. Nature is red in tooth and claw.  Comparing the lion or shark killing to eat with humans who murder or attack old people for money or strangers for no reason at all, would be hypocritical in the extreme.  All reports of cruelty to humans or animals alike should always end with the response of thousands of ordinary, decent people all over the world who instantly start a tsunami of donations, and who are not only raising money but send messages of love and concern.  This is why I believe in hope for mankind. Today I would like to write on the flip side of the same coin, the very good in helping animals by humans. And how animals respond to human kindness, even when in many cases they were previously subjected to neglect and cruel treatment. The world-famous writer and vet, James Herriot, whose books about his work sold in millions, wrote this observation after a life devoted to helping all sorts of creatures:  “If having a soul means being able to feel love and loyalty and gratitude, then animals are better off than a lot of humans.”

In the village of Sourton in West Devon, the 14th-century St Thomas a Becket church was closed to the public for a good few weeks because a family of blue tits was found to be nesting in its lectern. So no worship for the congregation, no bell-ringing until all the fledglings had left the nest. 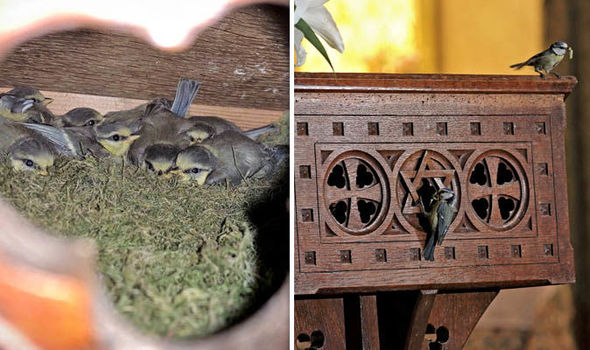 Battersea Power Station in London had to build a special new tower for a nesting site for peregrine falcons at a cost of £100,000  before being able to start reconstruction work. The falcons had used one of the station’s old wash towers as their nesting site and as they are a protected species, they had to have a new home built before the humans had theirs.

There is a wonderful story from the USA of a duck making a nest on the window ledge of an office building some floors above street level. Each year when ducklings are ready to leave the nest, a human chain of office workers and passers-by is hurriedly formed outside on the pavement. The tall men catch each duckling as it falls when pushed off the ledge by the mother duck, while other workers stop the traffic and exhort the waddling youngsters through the streets and to the nearby park with a large pond. I do hope you are smiling already and feeling better despite the despicable news of the last week. 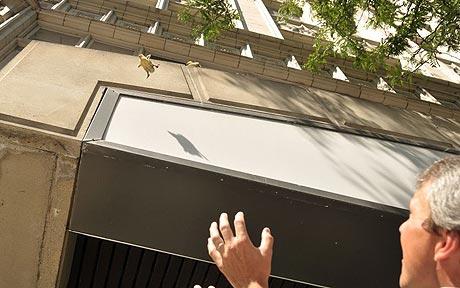 There are charities set up by extraordinary people who care for animals that nobody else would help and usually they would have been put down.  In those sanctuaries, the blind, lame, difficult because of horrific mistreatment by humans, and the victims of life-changing accidents are being nursed back to health, pampered for the first time in their lives and treated with love and respect. They respond with gratitude seldom seen in humans. Oscar Wilde observed this anomaly in humans by writing: “No good deed goes unpunished.”  One such charity is aptly named Broken Biscuits, as these are always thrown away, and the couple who run it provides care and artificial limbs to dogs that have lost them or were born without them. 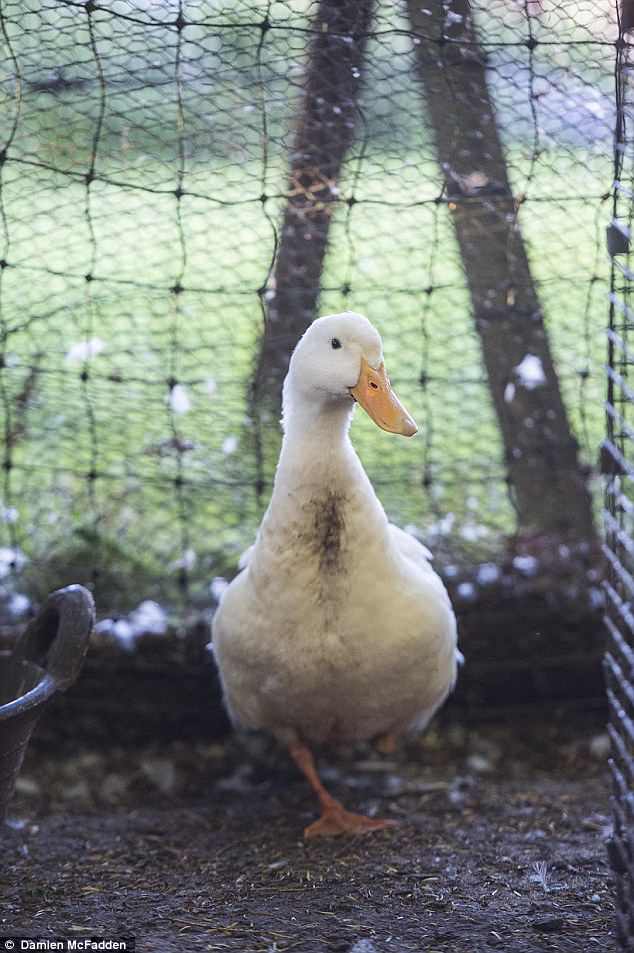 The Manor Farm Charitable Trust collects all animals that have been rejected or are in immediate danger of being put down and among many there are a one-legged duck and a blind duck, a troublesome donkey, an Anglo Nubian goat that had grown too tall for the liking of his previous owner and had been saved in the nick of time before being prepared to be shot, just to mention a few. The couple who run the sanctuary abandoned their business careers to look after their charges, and their previous skills are evident in the professional way they run the place and raise the £100,000 needed each year to feed and heal the animals.

The sanctuary in Los Angeles, ‘Hope for Paws’ is another place, among many, that rescues animals that are often found in dire conditions. We all know about the significant work of the Born Free foundation and the other charities devoted entirely to saving endangered species, elephants, rhinos, primates and many others. Quite recently a book ‘An Elephant In My Kitchen’ by Francoise Malby-Anthony detailed the extraordinary work of those people and the dangers they face daily from barbaric poachers.

This beautiful, deeply touching book also highlights the profound connection between us, humans and animals. After the sudden death of her husband, the founder of the reservation, the herd of elephants that he had saved from being shot for being ‘disruptive’, stood huddled together in front of the gates to the compound where she and her husband lived.  How did they know that he had died that day?  In her own words: “Science has no answers, but to me, their visit made perfect sense. When my husband’s heart stopped, something stirred in theirs, and they crossed miles and miles of wilderness to mourn with us, to pay their respects, just as they do when one of their own has died.” Since then, for the past few years,  on the anniversary of his death, the herd returns to stand by the gates of the compound to mourn Lawrence, the man who saved them. 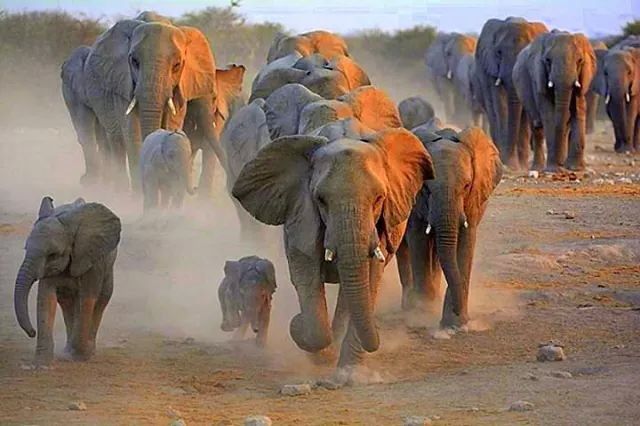 “Out of Africa” – Theme by John Barry

The spellbinding second movement (Adagio) of Mozart’s Clarinet Concerto in A Major is the perfect accompaniment to these images of the African plains:

There is not enough space here to write about all the people who do their utmost to save the environment and animals but continuing to draw our attention to their often heroic work is essential, as it is our only hope for the future of mankind. The scientists in Natural Sciences and Environmental Sciences work on practical understanding of our past and present and in what way the changes we create now may impact our future. Humans are the biggest destroyers of life on Earth, that is a fact.

From overpopulation, plastic pollution of the oceans, pollution of the atmosphere and deforestation to concreting more and more green spaces. Phytoplankton plays a vital role as a source of food to marine life and in removing carbon dioxide from the atmosphere, but once it becomes even more endangered than it is now, it will affect our ability to breathe. Those who share the same beliefs and values must unite and act now. If we don’t save our planet, who will?

69 thoughts on “The Importance of Balance in Nature”