The Mississippi River is the second-longest, after Hudson Bay, river in North America. It is 2,350 miles long from its source at Lake Itasca to its mouth in the Gulf of Mexico. It flows through: Minnesota, Wisconsin, Iowa, Missouri, Kentucky, Tennessee, Arkansas, Mississippi, and Louisiana.  Along the borders of the Mississippi River are many interesting cities. These are New Orleans, Memphis, St Louis, Baton Rouge, Minneapolis.

New Orleans is a melting pot of French, African American, French-Canadian, and Creole and Cajun cultures in Louisiana on the border of the Mississippi River, near the Gulf of Mexico. Nicknamed the ‘Big Easy’ for its round-the-clock nightlife, the world-famous colourful Mardi Gras, the blues, and jambalaya, a dish that combines meat, spicy sausages, peppers, and vegetables with rice and tastes divine. Creole and Cajun singing originated there and is quite unique, and once heard, never forgotten. 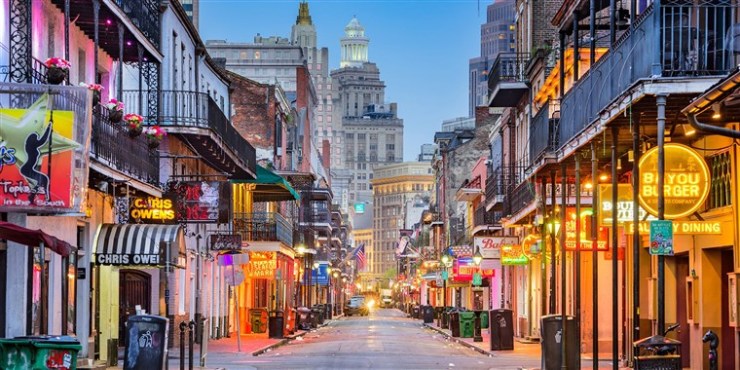 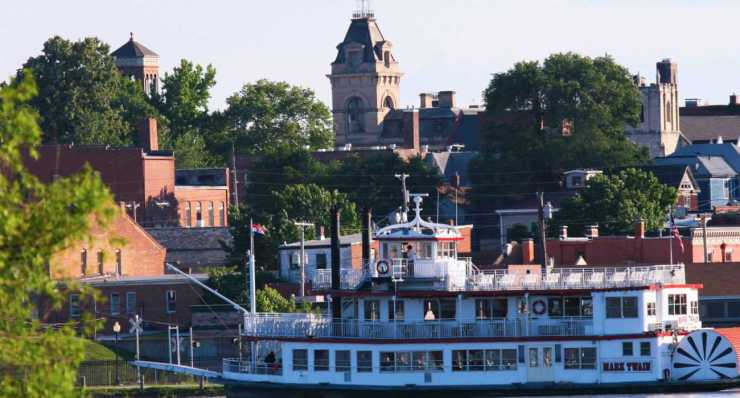 The photos above show Hannibal, Missouri. 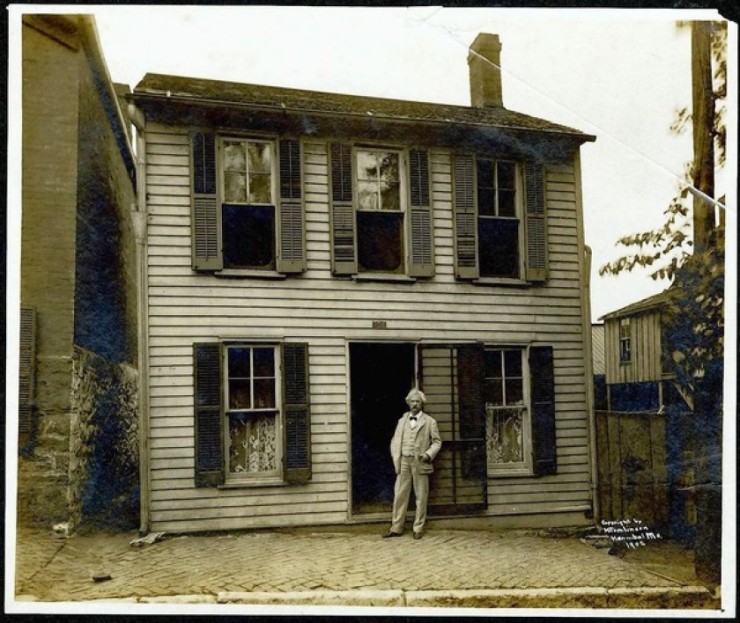 Mark Twain outside his former childhood home in Hannibal, Missouri.

He later became a riverboat pilot. After many changes in his career, he became a writer and at the time the biggest selling writer in the United States.

‘Tom presented himself before Aunt Polly, who was sitting by an open window… She had thought that of course, Tom had deserted long ago, and she wondered to see him place himself in her power again in this intrepid way.
He said: “Mayn’t I go and play now, aunt?”
“What, a’ready?” How much have you done?”
“It’s all done, aunt.”
“Tom, don’t lie to me – I can’t bear it.”
“I ain’t, aunt; it is all done.”
Aunt Polly placed small trust in such evidence. She went out to see for herself, and she would have been content to find twenty percent of Tom’s statement true. When she found the entire fence whitewashed, and not only whitewashed but elaborately coated and decorated, and even a streak added to the ground, her astonishment was almost unspeakable. She said: “Well, I never! There’s no getting around it:  you can work when you’re a mind to, Tom”.
She was so overcome by the splendor of his achievement that she took him into the closet and selected a choice apple….. and while she closed with a happy Scriptural flourish, he ‘hooked’ a doughnut.’

Of course, as we know, it wasn’t Tom who did the whitewashing. 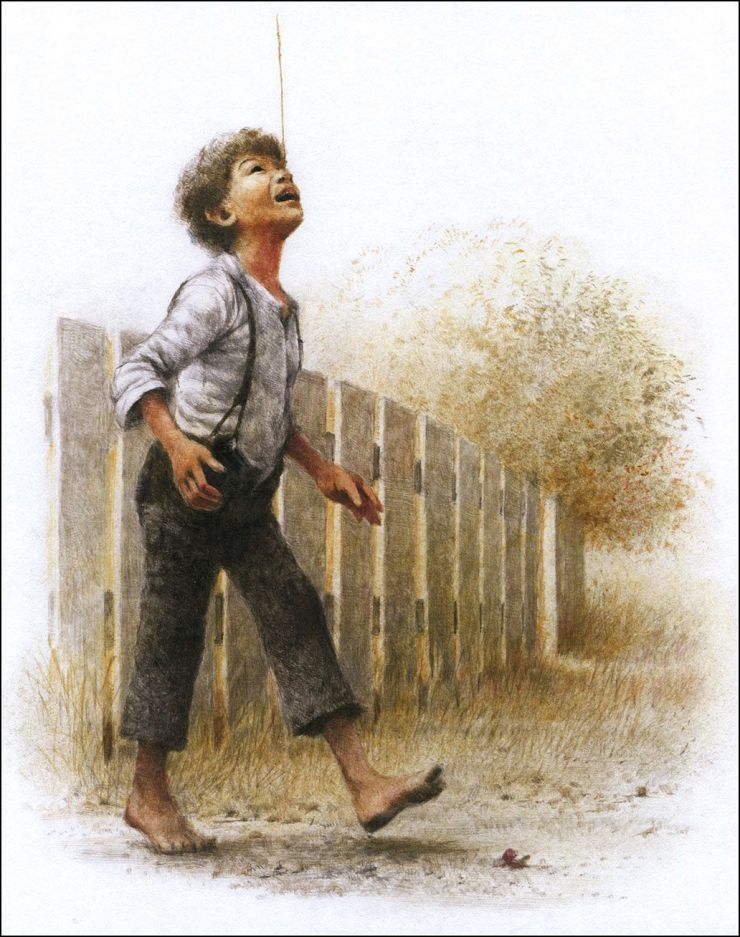 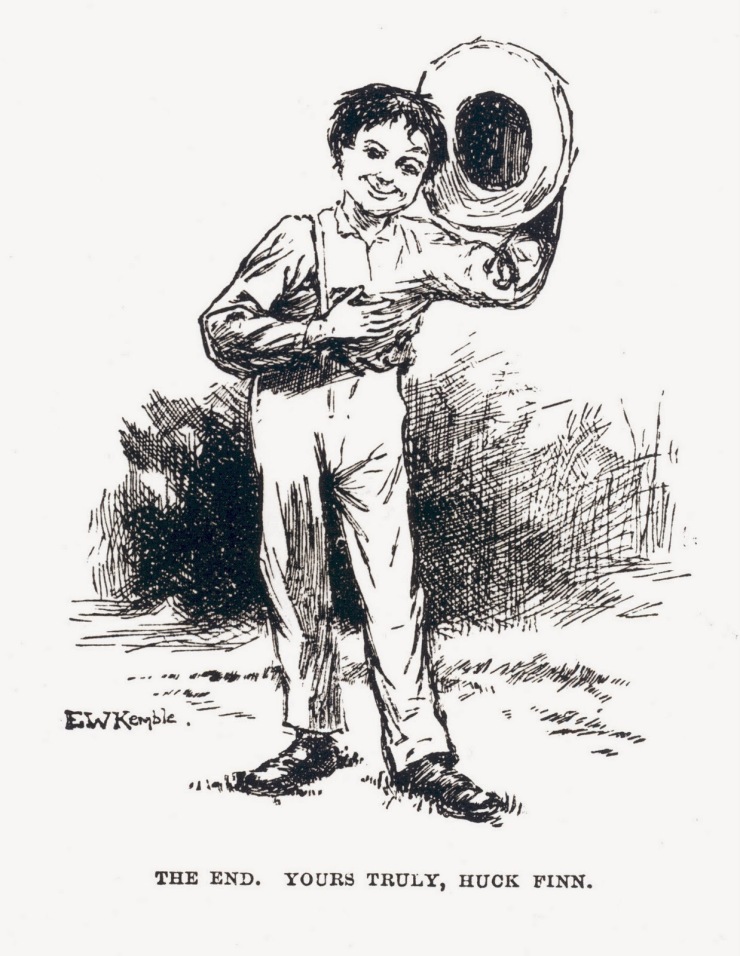 The above sculpture, depicting Tom Sawyer and Huckleberry Finn, is “Setting Out on Mischief Bent” by Frederick Hibbard in Hannibal, Missouri.

By 1871 the west Mississippi River bank had twenty-three businesses, including four flour mills, wood mills, ironworks, a railroad machine shop, mills for cotton, papers, and wool. The farmers of the Great Plains grew grain that was shipped by rail to the city’s 34 flour mills. The results in Minneapolis between 1880 and 1930 were so remarkable that the city has been described as ‘the greatest direct-drive water power centre that the world has ever seen’. Minnesota’s ‘patent’ flour was recognised at the time as the best in the world. 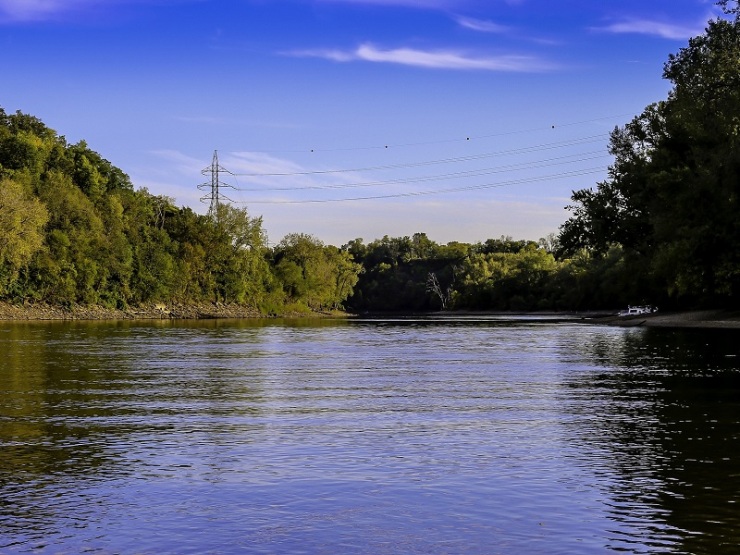 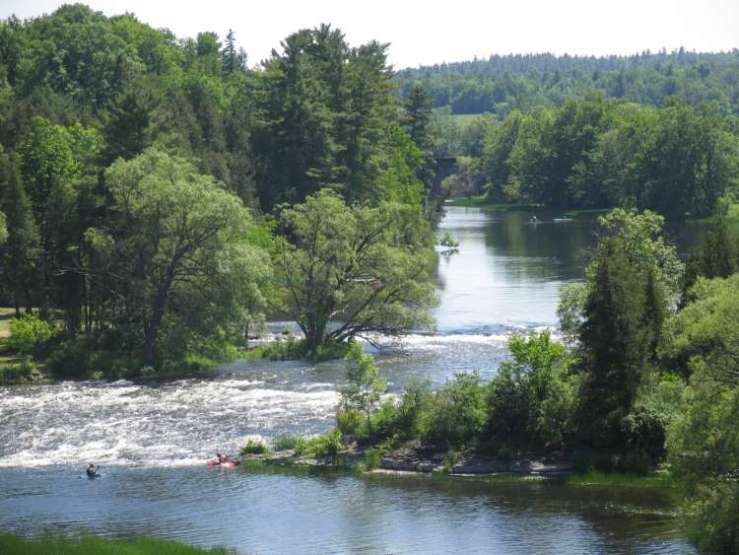 Above are shown woods along the Mississippi River. 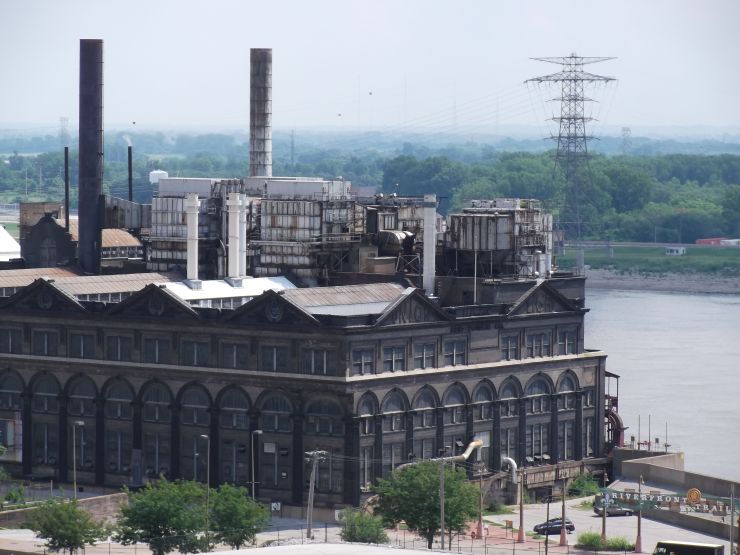 Above is shown an old abandoned factory along the Mississippi River in St Louis.

Memphis in Tennessee is a city on the Mississippi River. In South-West Tennessee, places of interest include the legendary Sun Studio and Presley’s Gracelands. It is the place of the Blues, Soul and Rock, BB King, Elvis Presley, and Johnny Cash. St. Louis, a major city has an iconic, 630ft Gateway Arch, built in the 1960s to honour the early 19th century explorers Lewis and Clark, and America’s westward expansion. The replica paddlewheelers on the river offer a view of the arch. 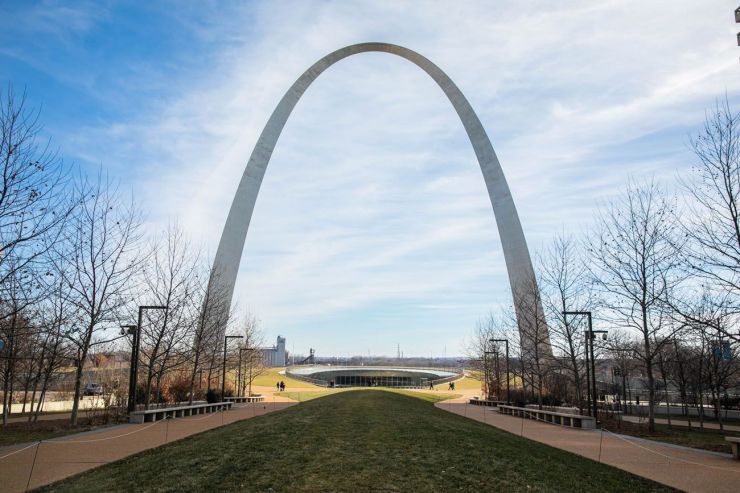 Above is the Gateway Arch in St. Louis.

The capital of Louisiana is Baton Rouge, a city on the side of the Mississippi River. Baton Rouge means in French ‘Red Stick’. It was placed as a boundary marker for the settlement in the days when this area along the Mississippi River was occupied by two indigenous tribes, the Houma and the Bayougoula. To settle the border disputes between them, the tribes used a cypress pole to mark the boundary dividing their hunting grounds at an area known as Scott’s Bluff. This marker on the east bank of the Mississippi River, caught the attention of an explorer (French-Canadian) Pierre Le Moyen d’Iberville when he was making his way upriver during an exploration in 1699. Today, Scott’s Bluff is part of Southern University. The Red Stick sculpture pays homage to how the city of Baton Rouge got its name. 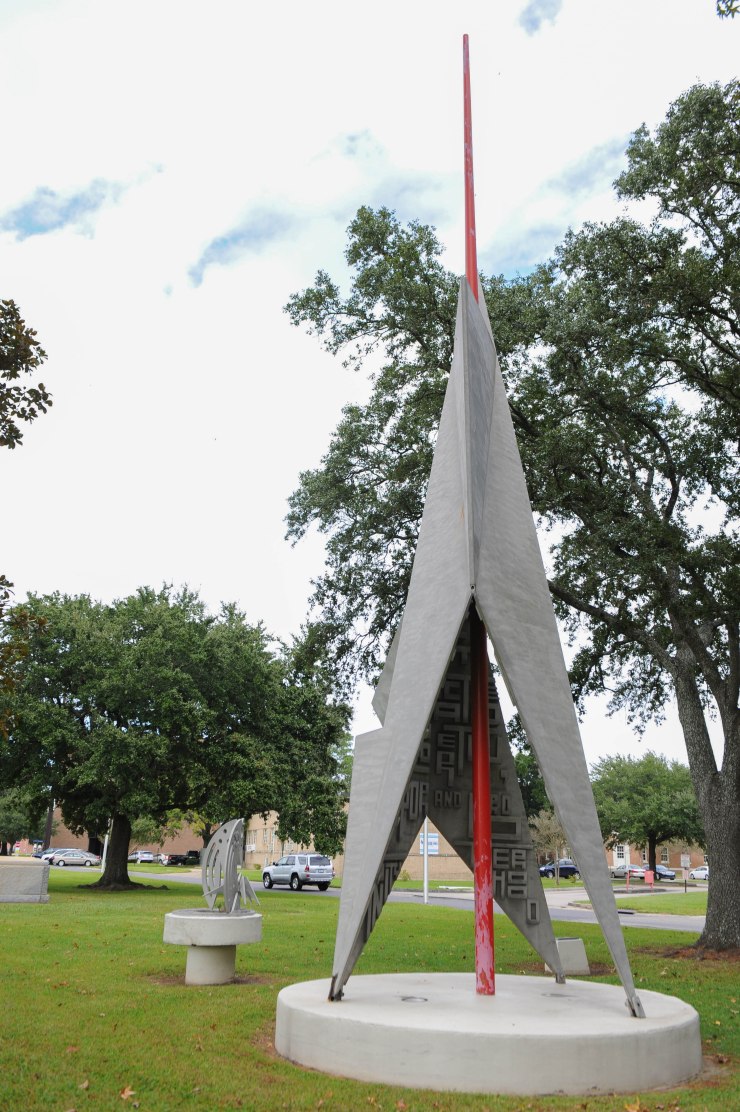 Above is shown the Red Stick in Baton Rouge.

A note to my American readers – all the above is known to many of you, but as the blog is read by people in 79 countries, I am sure that those not in the USA, will find riveting the history of the mighty river, the Mississippi. 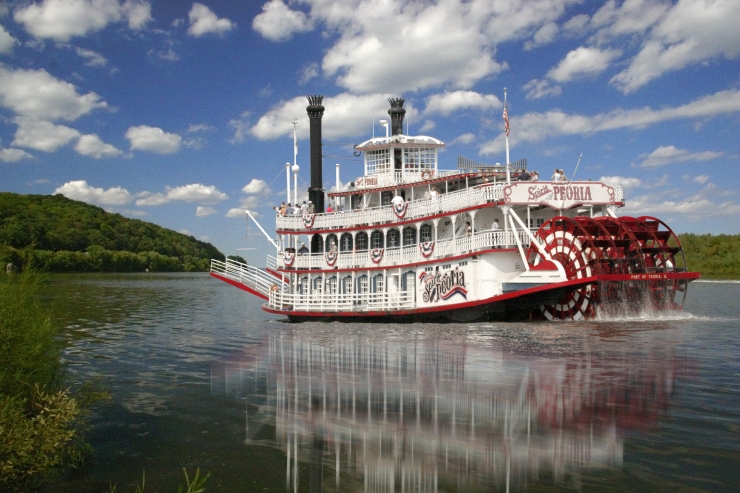 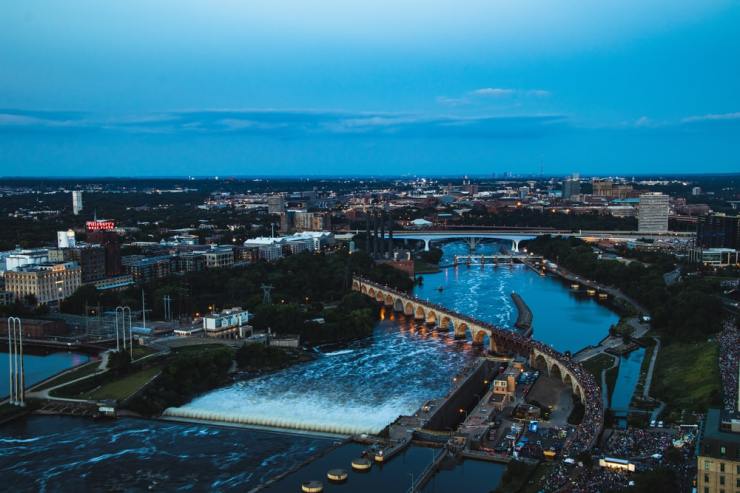 “To understand the world, you must first understand a place like Mississippi”

4 thoughts on “The Great Rivers of the World – The Mississippi”