The Desert of Namibia

Namibia has some of the most spectacular landscapes in the world. Its landmass is six times the size of Britain and is twice as big as California and with a population fewer than two million. The sand dunes at Sossusvlei are the highest in the world and much-photographed as they are orange-coloured and vast, soaring up over 300 metres, whipped by the wind into elegant curves and razor-sharp edges. The dunes surround the salt pan are almost always dry but very occasionally, after a storm, they fill with water.

Despite the lack of vegetation, the open dunes support a variety of insects and reptiles. One of the insects, the Namib Desert Beetle has evolved in a surreal way to take advantage of the desert fog. The beetle will lean into the wind and presents its raised back, which has a bumpy surface. Droplets of water gather on the raised ridges and then trickle down the intervening grooves towards the beetle’s mouth, where it can enjoy a drink. 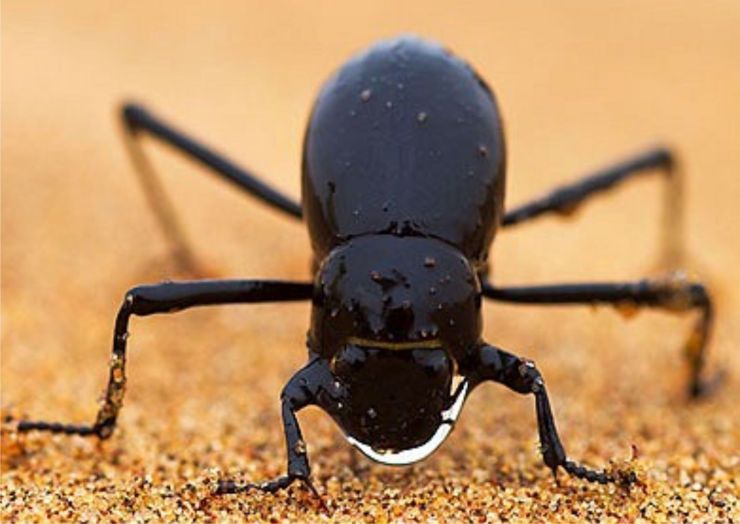 The sand dunes in this area have two rivers, the Tsauchab and the Tsondab; unfortunately, their futile attempts to get to the ocean from their headwaters ended up by being swallowed up by the vast tracks of sand, ending their days in white pans, supporting clusters of trees set in the middle of the dunes like a memorial of what might have been. 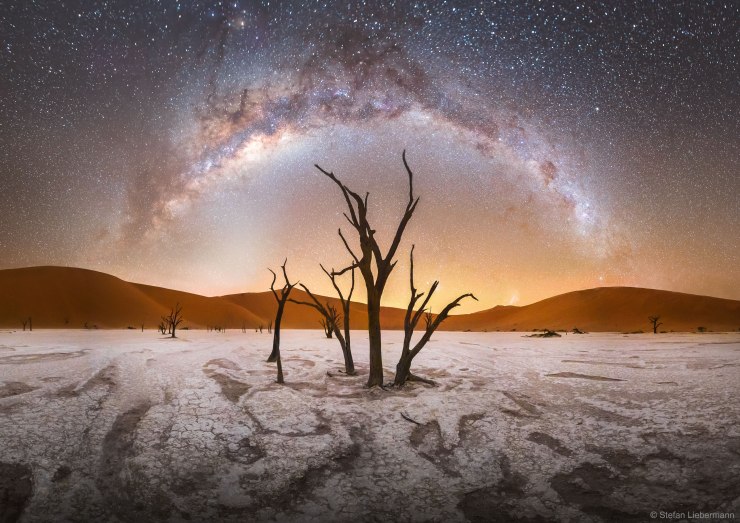 Namibia as a coastal desert is a remarkable place of endless sand dunes, deep canyons, vast gravel planes, and volcanic outcrops. The temperatures are high throughout most of the year, with very low rainfall. The extreme aridity of the Namibian coast is alleviated by the regular fogs that affect the area and which provide a lifeline for desert wildlife. This is a desert that is hugely varied, from the stark shores of the Skeleton Coast to the dramatic lunar landscape of Damaraland, and the soaring sand dunes of the Namib-Naukluft National Park. Contrary to the overhunting, disturbance and agricultural encroachment that is happening in other desert regions in the world, Namibia retains a rich and iconic selection of wildlife, especially larger mammals which include African Elephants, Black Rhinos and African Lions.

Namibian elephants have a remarkable ability to survive in such arid conditions. They do so because of encyclopedic knowledge of the location of waterholes, hidden river beds, and the best locations for grazing. This knowledge is passed from one generation of elephants to the next and it takes them on journeys of hundreds of kilometres each year. Elephants have to drink and eat every day and so any error on their travels – a dry waterhole or not enough vegetation – can have disastrous consequences, the death of the younger or weaker members of the group. However, there is an increasing problem with the expansion of farming by the local people who often chase or shoot approaching elephants. 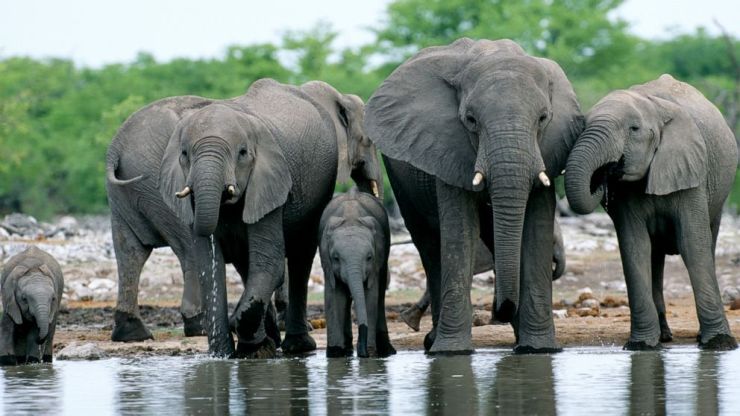 Poaching decimated the rhino population in the late twentieth century. The Black Rhino became extinct in several countries and was reduced to isolated small groups and individuals elsewhere, only secure if guarded round-the-clock by armed wildlife rangers. Only in Namibia does a sustainable free-ranging population survive. In the wild, a small number of Black Rhinos stays mainly in the largely inaccessible landscape of Damaraland. The rhinos are surprisingly adept at scaling rocky slopes in search of food, and equally important, shade. They can survive without water for up to four days and are flexible on diet, living on different vegetation at various times of the year. They favour in particular a plant, which is very toxic to other animals and humans, called Euphorbia which they devour with relish. They have been known to browse on these plants for days until there is nothing left to eat. 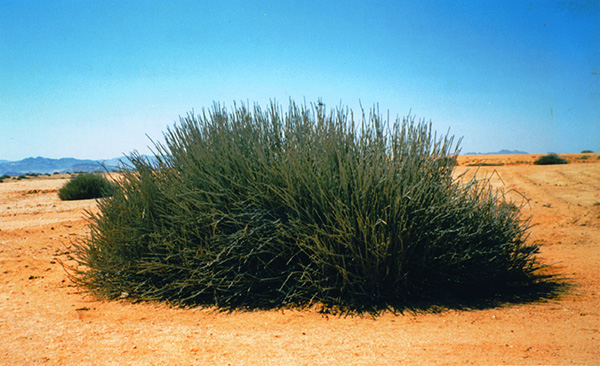 Large bushes of Euphorbia are also very useful for rhinos as a shade provider, and they will tuck themselves underneath and fall asleep. Settled comfortably like this, although so large, they can be difficult to spot under the bush. Like many desert animals, the rhinos are forced to move far and wide to find enough vegetation to feed. They normally cover 500-600 square kilometres, but individuals can roam over an area of 2,500 square kilometres in search of sustenance.

Rhinos are predominantly solitary creatures, usually coming together only for mating which is often a cantankerous affair. Not surprisingly, the female gives birth to a single calf, which will remain with its mother for up to two and a half years. Like all young animals, a baby rhino looks sweet and cute too. 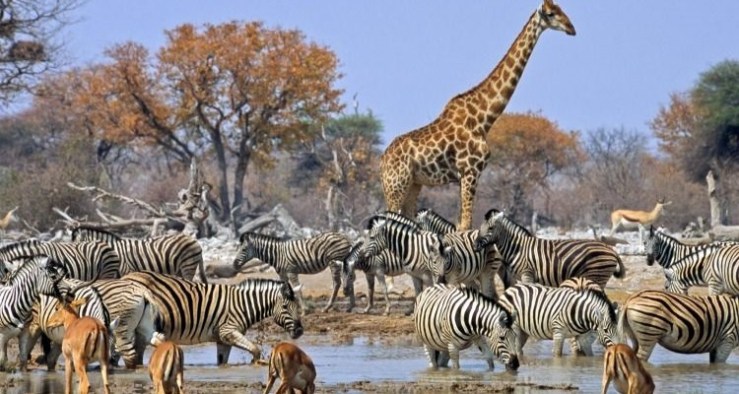 The Namib Desert is also home to giraffes and zebras. The zebras live in small groups of ten or so animals, with one stallion and a harem of mares and their dependent foals, with non-breeding or immature males forming their own bachelor herds. The zebras are skillful climbers, easily scaling rocky slopes and their hide provides effective camouflage in the lunar landscape of Namibia. Their main predators are lions. 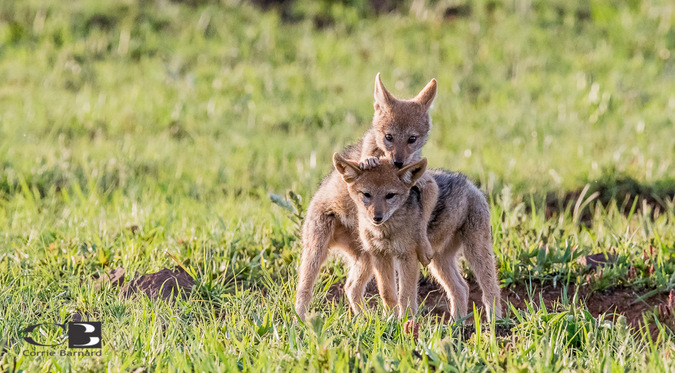 Black-backed Jackals and hyenas follow closely lions as they are opportunistic attendants to any carcasses left by the lions. They are always ready to snatch a morsel or two in front of much larger predators such as lions and they get away with it, most of the time.

After a bout of rainfall, the Namib Desert can burst into flower, with blooms appearing almost overnight. Many plants have an accelerated life cycle to take advantage of a short time of moisture. Herds of antelopes arrive to feed on the lush vegetation.

Few large mammals relish life on open dunes but the Gemsbok is in its element here. They are largely nomadic and live in groups of fourteen, although herds of 200 have been recorded. Like other species of oryx, Gemsbok hardly ever need to drink, deriving the necessary amount of moisture from their food. Despite the defensive potential of their rapier-like horns, Gemsbok rarely turn to face predators such as lions, preferring instead to rely on their impressive speed as a means of escape. 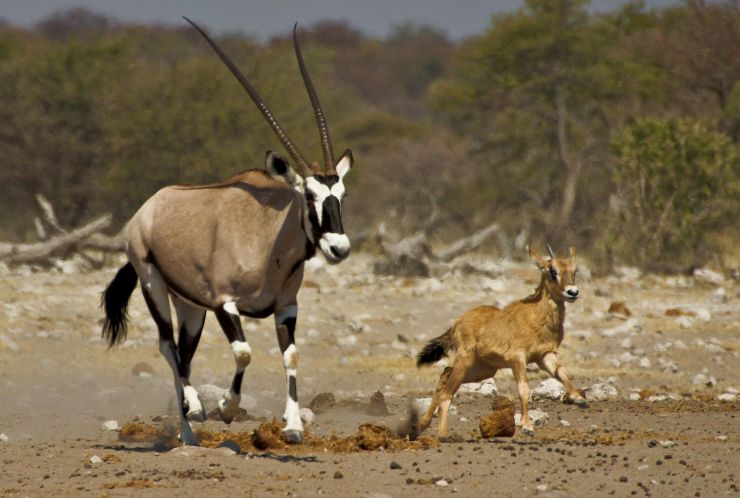 In the northern part of Namibia grows a remarkable plant, Welwitschia. It is one of the world’s most bizarre plants. Some of these are estimated to be at least 1,500 years old. The plant has a short trunk fed by a long taproot and two or three strap-shaped leaves that grow continuously and can reach up to four metres in length. Although those leaves are never shed, they fray and shred over time, the strips often tangled and strewn on the parched ground. The strips fulfill a vital role for the plant, which is able to obtain valuable moisture from morning dew through the structures on the surface of the leaves. These ancient plants, endemic to Namibia, are pollinated by insects attracted by the nectar produced by the plant’s small brown cones.

The coastal part of Namibia has large colonies of fur seals. Approximately 200,000 seals congregate at Cape Cross on the Skeleton Coast from October onwards. Tightly packed on the beach, the seals jostle for position among much bickering. 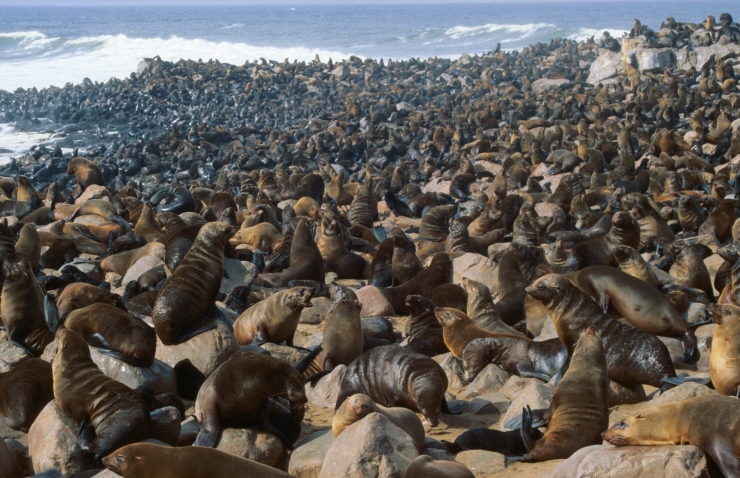 The stench and noise of the seals, especially in mating season when the males are particularly vocal, can be smelled and heard a long way before animals can be seen. Successful males can mate with 60 females in one season. Calves remain dependent on their mothers for up to a year.  Hyenas and jackals hang about the colony’s edges, picking up afterbirths and sickly pups.

Namibia remains one of the most fascinating places on earth; long it may continue.