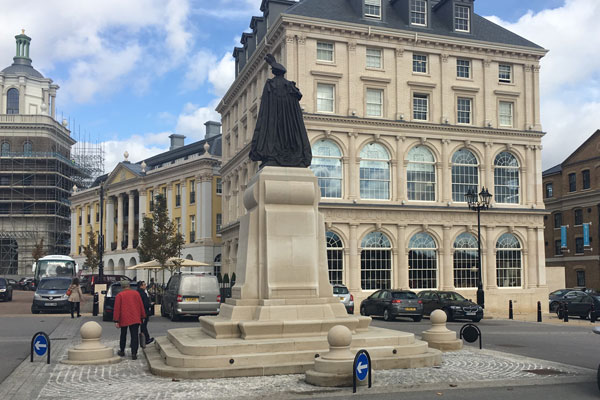 Last Thursday I watched two documentaries that seemingly were not connected. One was about the Duchy of Cornwall, and the other about a now iconic, 30 years in the running, enterprise where a group of skilled volunteers would demolish and then rebuild a house and garden for those in desperate need of help. Their mantra is: you cannot help everybody but everyone can help someone. Those who are helped are families with severely handicapped children or a disabled grown-up who cannot live at home because of its constraints. That particular day it was the story of a young mother who had developed hereditary kidney problems and needed dialysis to stay alive. Without rebuilding the house she had to stay in a hospital, while her husband and their four young children missed her. The programme is called SOS DIY, and as I mentioned, on the surface it had no connection to the previously untold inner world of the Duchy of Cornwall.

Scientists call the warm glow that hangs over us after we have helped another human being ‘elevation’. Its effect is far-reaching and it is called –  kindness.

The recent news is full of horror – from the death of 39 Vietnamese immigrants to rising knife crime, the uncertain election, and many other problems worldwide. When I watched those two documentaries it was obvious that the world would be a better place if we were to follow the guidance of the volunteers and the principles and philosophy of  Prince Charles that are highly praised by those who are fortunate to live in the Duchy of Cornwall. I thought it would be important to share my findings as it is possible to adopt some if not all into our lives. 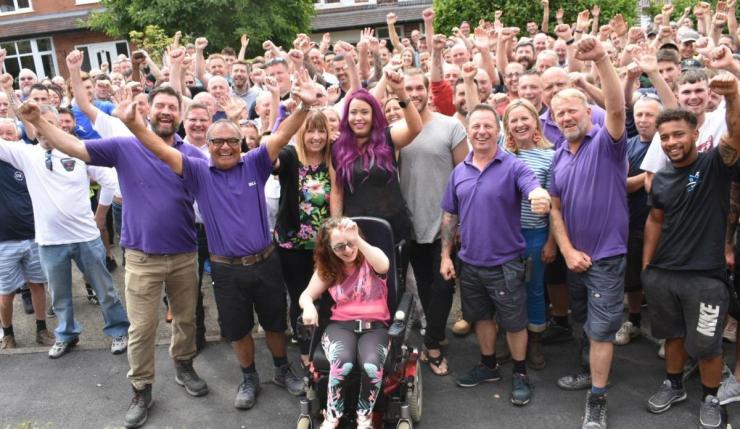 When the young woman was brought from the hospital to see her new extended home, with a special room for her daily dialysis, fully medically equipped, and all the rooms in the house beautifully decorated and refurbished, with new furniture, and even new toys for the children, the garden blooming with plants, and a safe space for the children to play, all achieved in nine days, she thanked all volunteers waiting outside for giving her a chance to live longer for her children. Her husband and children told the men how much having her back meant to them. Both she, her husband and the men were in tears. So were, no doubt, the viewers, I certainly was, for such is the power of kindness. 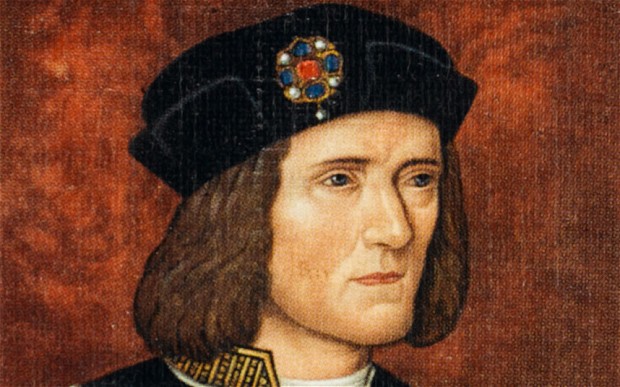 And so what is special about living in the Duchy of Cornwall? The Duchy of Cornwall was created nearly 700 years ago in 1337 by Edward III for his son and heir, Prince Edward. The current Prince of Wales is the 24th Duke of Cornwall and the longest-serving. In 2012, he celebrated 60 years as Duke. Its 130,000 acres are spread across 23 counties of England, Wales and the Isles of Scilly. At its heart is farmland. 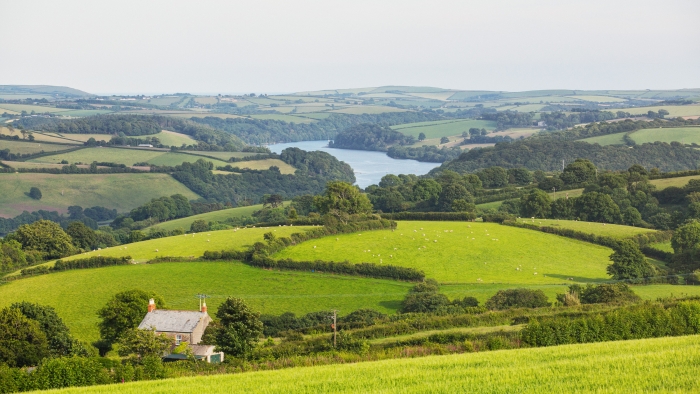 To develop the land, the Duke built two intentionally small towns, Poundbury and Nansledan, to reflect his visionary beliefs that what creates a community is where people know each other, develop strong family links, and support the environment around them. Poundbury is completed and it has four thousand homes. The people who applied to live there and were accepted, have to share Prince Charles’s vision of a peaceful community. The town is built to the highest specification and the attention to detail is clearly evident. Local stones were used as well as local labour, creating jobs that are important in a rural location. The second town is being built at present and has 300 houses ready. Eventually, there will be 10,000 people living here in 4,000 homes. 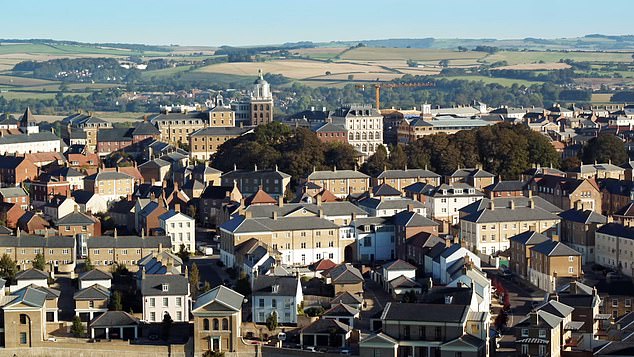 Poundbury, above, reflects Prince Charles’ well-known views on the horrors of some modern architecture. All the houses are beautiful in a traditional way. 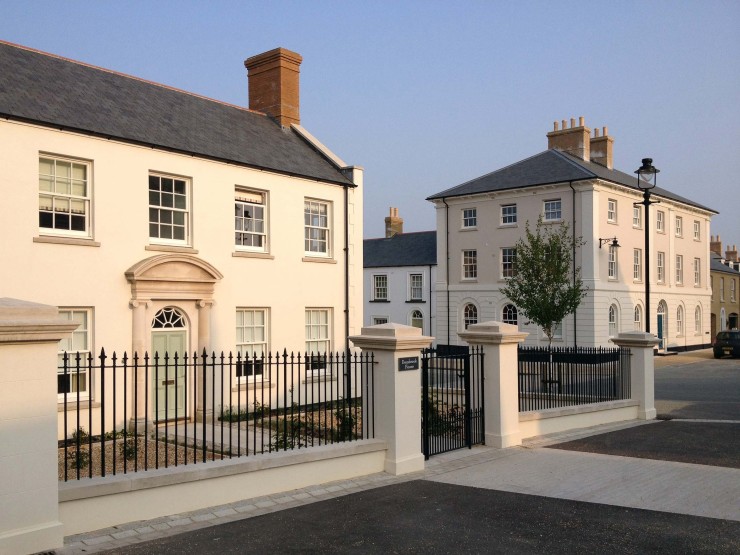 Some of the grander properties in Poundbury. above, and the elegant terrace houses, below: 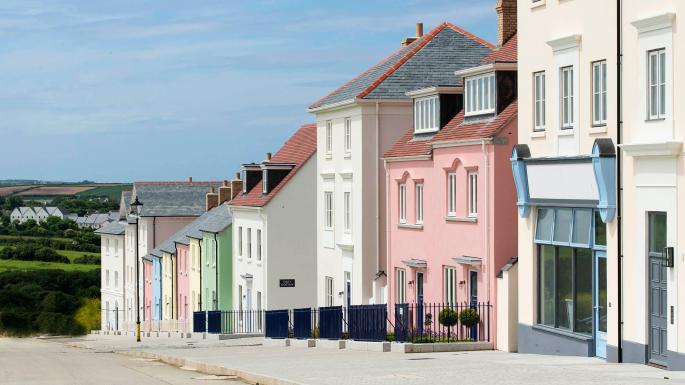 The community buildings have a certain grandeur as befits their status in the community: 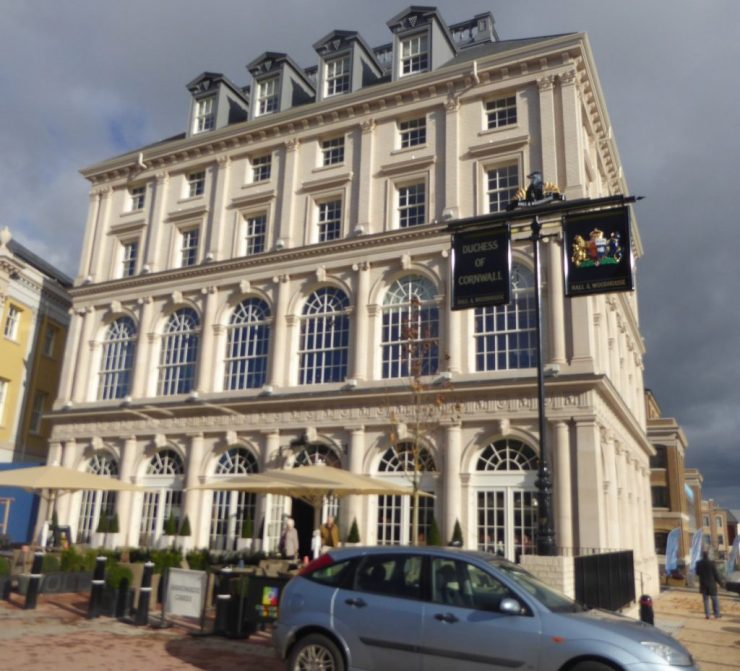 Some of the tenant farmers have worked on Duchy land already for four generations and plan to continue for several more. The Duke generously invests in farm buildings and machinery. There are order and beauty in the landscaped fields.  The deadwood of trees is taken away not by machinery but by a tree logger, who dotes on his two horses, mother and daughter, Holly and Ivy. They have a good life, he said, and working that way, they don’t damage the woods in any way. 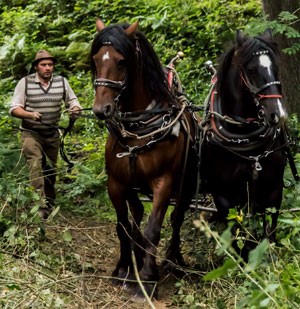 The Duke has already planted 200,000 trees as he understands the importance of creating woods, and is planting more. Only 12% of the UK is woodland compared to an average of 44% in Europe. Trees matter, especially in times of climate change as they soak up carbon from the atmosphere, putting back oxygen in its place. Watching the documentary it became obvious why so many people would wish to live here. As every aspect of the design is thought of, it seems that the Duchy of Cornwall represents a present-day Eden, a place of beauty, safety and comfortable, stress-free, crime-free living. The high street in Poundbury has all small businesses of old – the butcher, the grocer, the florist, and even a bridal shop run by one talented seamstress. 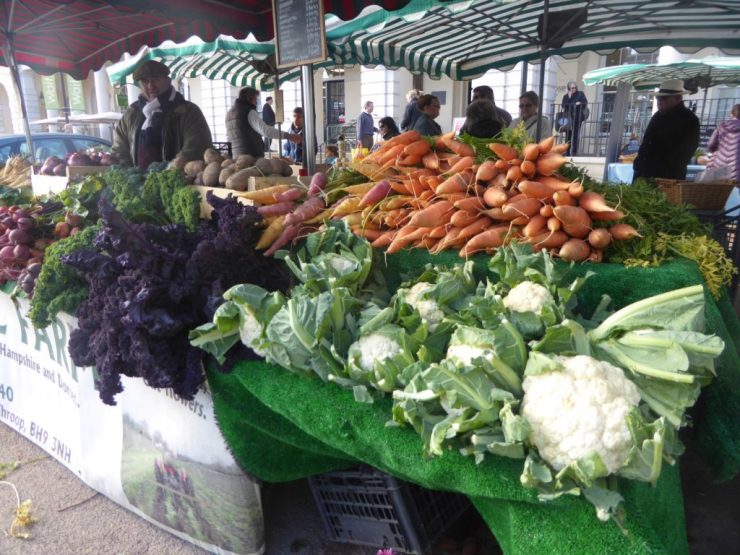 The market stall in Poundbury, above, is full of vegetables organically grown by the farmers of Duchy of Cornwall.  I can vouch that they are excellent because I buy them myself; so is the milk that is produced in the way I remember from my childhood, it isn’t homogenised, with the cream staying at the top. Of course, appropriately the cream goes to the cats, otherwise, I could make organic butter. Profits from the sale of many of the organic foods are supporting Prince Charles’ charities, especially the one dedicated to thousands of young people who with funds are able to start their own businesses or develop skills that will give them a future. Again, it is all connected with the Duke’s generosity and kindness. To support his charity The Prince’s Trust he found many professional, well-known people, one of them world-famous interior designer, Kelly Hoppen. Recently in an interview, she said: “Prince Charles is one of the most extraordinary men that I’ve ever met in my life and I think he’s always been much ahead of the curve than people realise. I admire him hugely – he’s got a great sense of humour and he never forgets you or what you do. He is absolutely charming.”

Many previous Dukes of Cornwall led idle lives dedicated to their pleasures only. By contrast,  the current Duke of Cornwall not only vastly improved the Duchy but also set up charities greatly appreciated by many. 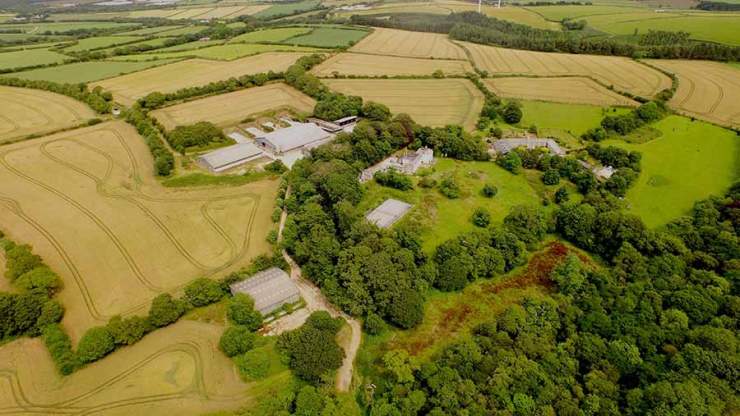 Prince Charles has a special interest in creating hedgerows and coppicing as they create a friendly environment for birds and small animals, and they have been turned into an art form. The promotion of traditional crafts is an intended legacy of the Duke. Although the income generated by the Duchy of Cornwall is used to support his family and his many charities, at the core of the Duke’s dealing with people is his kindness. Every year he visits the people living in the Duchy of Cornwall to discuss many projects and has tea in many homes. To show the farmers his appreciation, he invites them to a garden party at Buckingham Palace and thanks them at every opportunity for their work.

Below, one more picture of the splendour of Poundbury 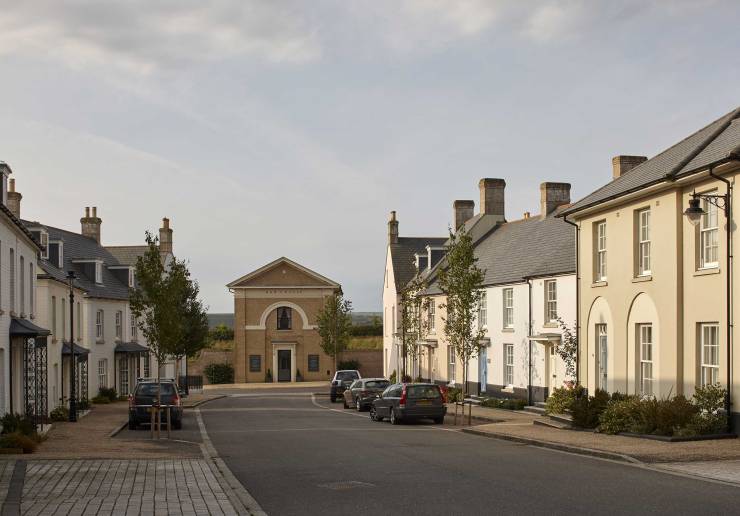 Watching Prince Charles explaining his reasons for planting trees, creating towns that are a haven for the people living there, and for helping farmers to grow an organic harvest that protects the earth from pesticides, I could see the similarities of his philosophy to the beliefs of the shepherd in Jean Giono’s book “The MAN WHO PLANTED TREES”. The author’s purpose was to make people love trees, or more precisely, to make them love planting trees, for the man who planted trees grew happiness. Those are the comments of the book’s reviewers. 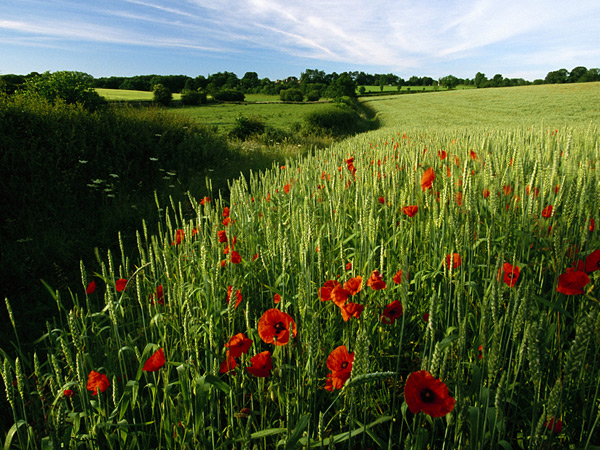 When I was young I believed that intellect and knowledge were of utmost importance in life. Now, I am older and wiser, I know that it is kindness that is above everything else.  And planting trees is the secret of humanity’s ancient kinship with the earth.