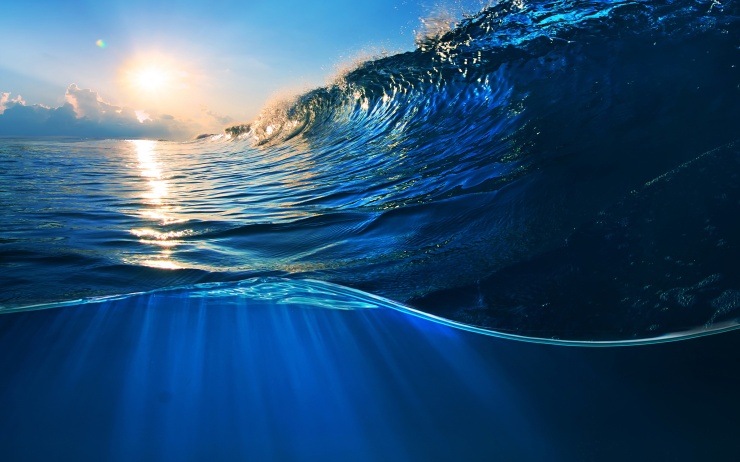 Today’s front page of a national newspaper brought news of an outspoken attack by the head of the NHS on the homeopathy industry. It reminded me of previous research. In 1988 the French immunologist Jacques Benveniste published a paper that stirred up a great deal of interest and even greater controversy. His claim was that if something is dissolved in water, then diluted so many times that not even a single molecule of the original substance remains, the water still retains a ‘memory’ of it having been there. His point was that the configuration of the molecules of water is ‘biologically active’ in a way that makes it change when something is dissolved in it and retain that change after dilution. This theory aroused intense debate between the devotees of homeopathy and the non-believers. 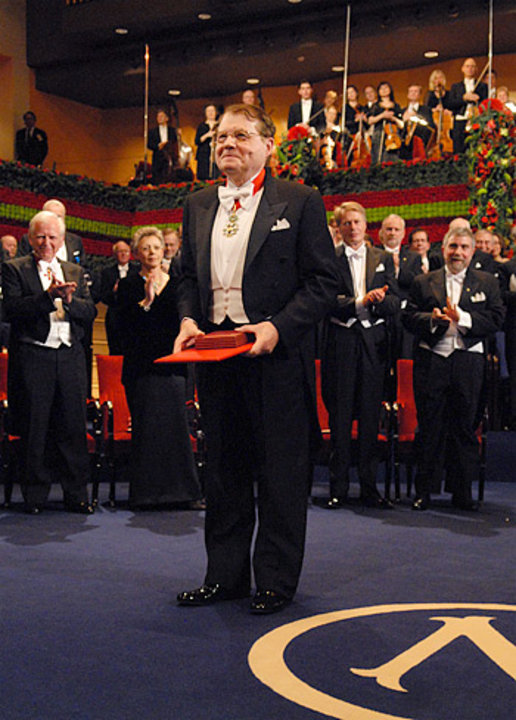 The attempts at the repetition of the experiment were unsuccessful and the topic of ‘water memory’ was forgotten until research conducted by the Nobel Prize winner virologist Luc Montagnier in 2010. Montagnier’s experiment proved that bacterial DNA dissolved in water created electromagnetic signals from which the entire DNA sequence could be obtained. However, he stated that his result indicated that water may contain an information storage-and-retrieval property but that one ‘cannot extrapolate it to the products used in homeopathy.’ Attempts to replicate his experiments were not successful.

Thinking of water on a larger scale brings the question: where does the Earth’s water come from? In the beginning, the heat of the new planet would not have sustained any water on the surface. Later on, water might have have been deposited by collision with comets and asteroids. In 2007 Japanese scientists suggested that early on the Earth had a great deal of hydrogen in its atmosphere, and this reacted with oxides in the Earth’s mantle to form water. The heavy hydrogen cloud, the scientists thought, could explain why the Earth’s orbit around the Sun changed from an original elliptical shape as predicted by theory into the almost circular path that is today.

In 2009 NASA crashed a lunar satellite into a crater on the Moon and found to their surprise that there were signs of significant quantities of water there. The same question – where did it come from – could be explained by many suggestions: comets, asteroids, gases from the Moon’s interior or grains of ice carried by intergalactic clouds. As there is no irrefutable answer at the present, one can only think that the water could have come from anywhere, even from Earth.

There is one question that we know the answer to and this is: what is so special about water? When two positively charged ions of hydrogen attach themselves to one negatively charged ion of oxygen to form a molecule of water, one factor that keeps the molecules together is called a hydrogen bond, which is the attractive force of the opposite charges. Renowned scientist, William Hartston, explains the process: ‘Much of what we identify as the unusual properties of water seems to be dependent on the nature of the hydrogen bond: the fact that so many substances dissolve in water; the fact that water expands as it freezes; the surface tension of water. Life as we know it would be impossible without these special properties. Just think of the watery origins of life. If ice were heavier than water, it would sink to the bottom, leaving liquid water at the top to freeze and sink again, until all life was extinguished from any body of water in sub-zero conditions. As it is, a layer of ice stays at the top, insulating the rest of the lake and allowing life to go on. And most of the salts and other chemicals that have led to the development of life have relied on water’s solvent properties to get where they need to go. Water is one of the most commonly encountered yet most unusual and least understood chemical compounds on Earth, and most of this seems to be due to the strange properties of the hydrogen bond.’ 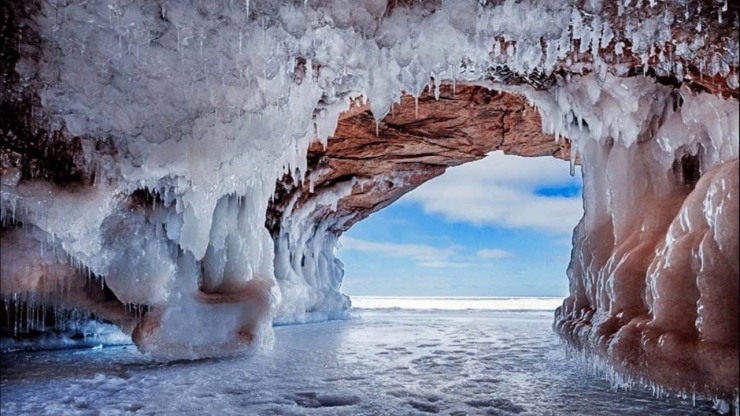 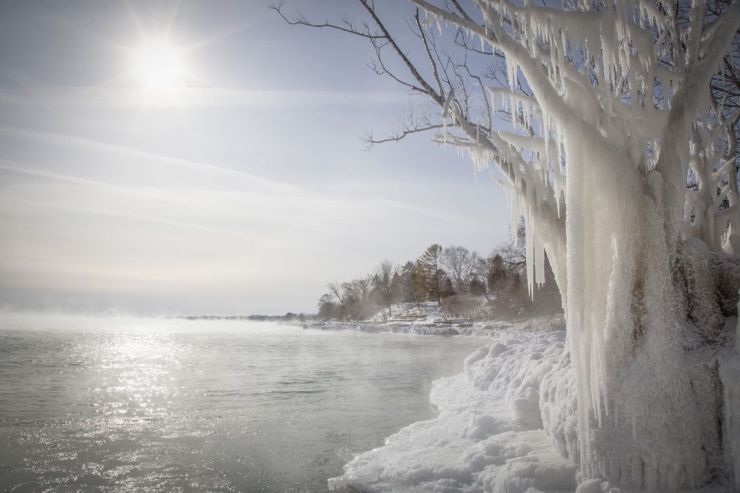 Water is something that humanity has cherished since the beginning of history. It provides sustenance, comfort, and refreshment to everyone, yet it means something different to many; from fonts for holy water in Christian cathedrals, through to a sacred spring at Delphi in Greece, the reflecting pools of India’s Taj Mahal, and China’s rice fields, the reservoirs that surround Angkor Wat in Cambodia, symbolizing the primordial waters of the universe, and the life-giving floods of the River Nile in Egypt. Water is the very essence of life. In the sixth century B.C.E., the Taoist philosopher Lao-tzu wrote in his Tao Te Ching, ‘Nothing in the world is as soft and yielding as water. Yet for dissolving the hard and inflexible, nothing can surpass it. The soft overcomes the hard, the gentle overcomes the rigid.’ 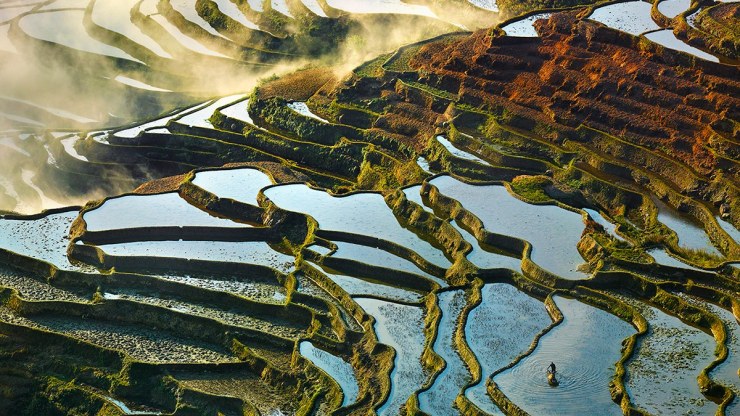 The ancient Egyptians’ lives were strongly linked to the Nile and to the land that flourished because of the yearly flood, the event that went back centuries before the existence of first rulers of the Lower and Upper Egypt. The Egyptian pharaohs ruled over an agrarian kingdom, where everyone had strong ties to their ancestral villages. What the villages had grown, their labour and their taxes built pyramids and temples, and when there was a drought in about 2200B.C.E. Egypt fell apart for more than a hundred years. In response, the later pharaohs built many granaries and installed large-scale irrigation works in places like the Fayum Depression, to the west of the Nile. An army of officials was now supervising canal maintenance and harvests, for careful water management meant the difference between famine and plenty. The ancient Egyptian believed that their world had three basic elements: earth, sun, and water. Their god Atum, ‘the completed one’, the Creator emerged from a watery chaos. He caused ‘the first moment’, raising a mound of solid earth above the waters. Then the life-giving force of the sun, Re, rose over the land to cause the rest of creation. The pharaohs believed that life-giving waters of the Nile came from a subterranean stream that flowed in the underworld.

Invariably, water was regarded as a gift from the gods. The book of Revelation, in the New Testament, speaks of the ‘angel of the river of the water of life’, as clear as crystal, flowing from the throne of God. Water enjoyed sacred properties in many ancient societies, as the source of life. We can live for a short time without food but not without water. The Holy Quran states many times that ‘with water, we make all living things.’  Other clans had a saying: ‘Whoever has a channel has a wife’, as women would want water to grow crops.

Many countries, including ancient Greece, used water-rich karst formations to provide reliable water supplies for agricultural and domestic use. Karst is a topography formed from the dissolution of soluble rocks such as limestone, dolomite, and gypsum. It is characterized by underground drainage systems, sinkholes, and caves. The Romans used this knowledge to create aqueducts, an architectural masterpiece. They used the water not only for domestic use but also for the famous public baths. In England they installed spectacular public baths,  that gave the name to the town that grew around it. 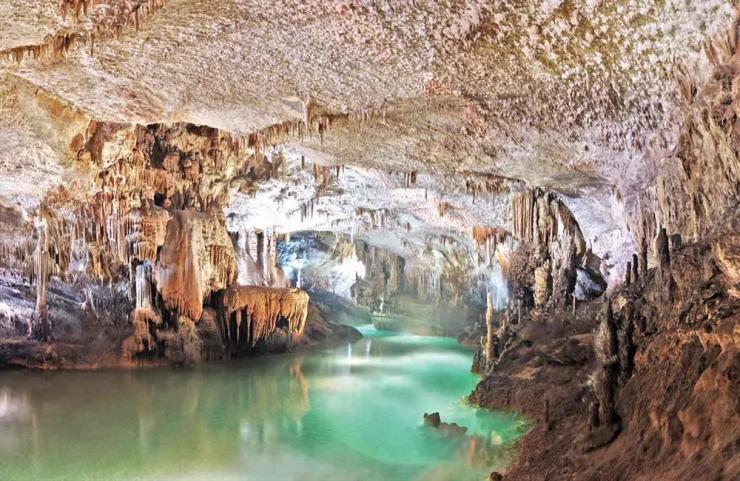 Human dug tunnels that tapped groundwater would be used to create cities, towns, and villages around them, from Iran to the Andes. In China, eighteenth-century Qing Dynasty officials paid thousands of labourers to dig canals that brought mountain water to lowland fields. Water was also used for transport and voyaging across lakes, rivers and across the ocean. Until the domestication of the camel in the first millennium B.C.E., waterways, especially major rivers like the Euphrates, the Tigris, the Nile, and the Yangtze, provided much better ways of traveling than on foot or by horse. It could be said that irrigation was a prime cause of civilization.

The invention of aqueducts transformed the lives of Etruscans and the ancient Greeks. But aqueducts only become a perfect form of art after the Romans took the existing simple version and turned the aqueducts into Aquae Romae, an enduring symbol of Rome’s power and technical prowess. Wherever Rome went, aqueducts went, too.  Over much of Europe, and the Mediterranean, they survive as permanent reminders of Rome’s imperial might.  The Romans were proud of their first Aqua Appia, which brought water to Rome in 312 B.C.E.  Sextus Julius Frontinus said of Roman aqueducts, ‘With such an array of indispensable structures carrying so many waters, compare, if you will, the idle Pyramids or the useless, though famous, works of Greeks!’ 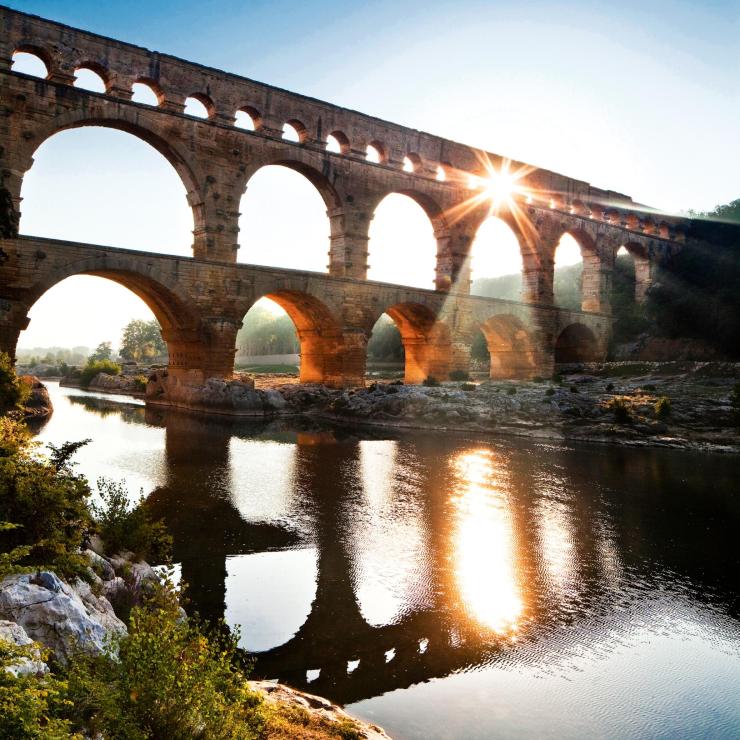 Water features prominently in Hindu sacred texts, known as Vedas, and refers to the time when the earth was all water without light:
Those waters from the heavens,
Or those waters that flow when dug,
Or even those waters that are self-born,
Flowing towards the ocean, purifying,
May those waters, Oh Goddess,
Protect us here.

The deeply held respect for water and a tradition of water management goes back to the beginning of Indian civilization. In China, mighty rivers were controlled by dams, large-scale irrigations and many tunnels that would prevent floods. In Europe, water mills provided bread, the main part of our staple diet.

Below is Krishna River in India

Below is Yangtze River in China:

Recently, scientists discovered in a 2014 study a massive ocean about 700 kilometres below the Earth’s surface containing around three times as much water as all the seas and oceans we can see. The finding poses a new question of where the Earth’s oceans came from and how they stayed the same size for millions of years. The investigation, however, only relates to water beneath the United States. It could extend all the way around the planet occupying a region between the upper and lower parts of the Earth’s mantle. The total amount of water down there could easily be enough to submerge the planet if it were on the surface.

In present times the speed of climate changes that are now affecting many places in the world is changing our relationship with water. There are places in Asia that are in acute danger of many villages being destroyed by rising sea levels, while parts of Australia are suffering from droughts and hot temperatures that wipe out wildlife.

In California, forests are burning on an unprecedented scale because of the unusually hot temperatures and winds that are spreading the flames destroying the towns, like Paradise. The speed of those changes is the result of our actions.

The town of Paradise before the wildfire: 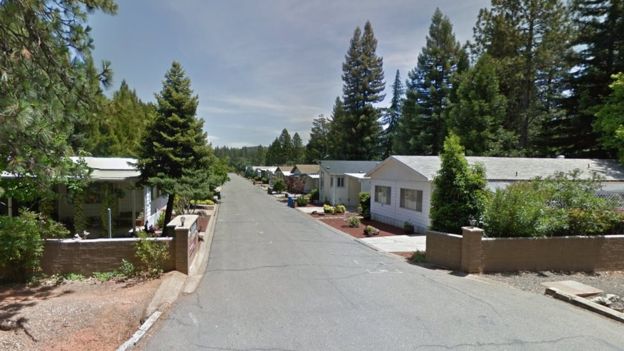 The town of Paradise after the wildfire:

Today the press reported a blaze in New South Wales in Australia. Hundreds of koalas are feared to have perished in a huge wildfire. Staff at Port Macquarie Koala Hospital are beginning a search for survivors after the fire destroyed 4,900 acres of bush. Two-thirds of the damaged area was koala habitat, hospital president Sue Ashton said. She added: ‘If we look at a 50 percent survival rate, that’s around about 350 koalas and that’s absolutely devastating.’ Koalas climb high into trees during wildfires and survive if the fire front passes quickly below them. The koala colony was particularly healthy and genetically diverse, Miss Ashton said. The fire was started by a lightning strike last Friday, 190 miles north of Sydney. Australia’s wildfire season has made an early and devastating start this year, due to above-average temperatures and below-average rainfall. I wrote in another post, ‘The Knights of the Night’ about thousands of bats dying in the south-eastern part of Australia, and I have asked the pertinent question: are we all aware that when we destroy Earth, it will be too late to then realise that we cannot eat money or cement?

3 thoughts on “Can Water Remember?”