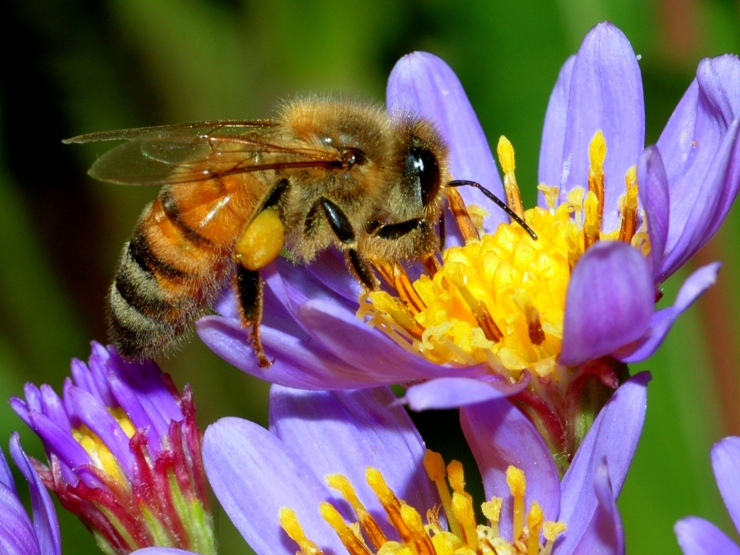 Honey has been in existence as long as honeybees have been, that is for thousands of years. The ancient Egyptians used honey to help to heal wounds and burns. The thick, exquisitely scented and tasting liquid was valued in equal measures by humans and bears. We all remember reading how Winnie the Pooh devoted his life to eating honey.

In London, there are beautifully carved beehives on the roof of Fortnum and Mason, the Queen’s favourite emporium. The legendary hotel, The Ritz of Piccadilly, installed quite recently their own beehives on the roof, together with a garden, although the bees have also privileged access to the gardens of Buckingham Palace close by. When the first 35 jars were produced this year, their top chef was almost beside himself with excitement. So what is so special about honey, apart from the ambrosian taste?

Honey is rich in antioxidants. Although it contains no fibre, fat or protein, its value is in its content of bioactive plant compounds, including organic acids and phenolic compounds like flavonoids. This combination makes honey a powerful aid in reducing the risk of heart attack, stroke and some cancers. It is also good for eye health. It improves cholesterol, helps to suppress cough, especially in children, and is more effective than common cough medication. The darker the honey’s colour, the more potent is its effect, Manuka honey is the one to use for respiratory problems. Honey also lowers blood pressure. It is low in calories; a tablespoon contains 64 calories and the natural sugar (collected from the nectar of flowers) contains fructose, glucose, maltose, and sucrose. This is the reason why honey is less ‘bad’ than sugar for diabetics. The benefits of using honey are therefore many: it kills bacteria and disinfects wounds, soothes a sore throat (mixed with lemon), and induces sleep. As one author wrote: ‘A tablespoon of honey at the evening meal makes you look forward to bedtime.’ Honey is also good as a cure for diarrhoea but should not be given to infants under one year old. A drizzle of honey on porridge in the morning plus a few apricots will make you smile all day long. Honey is highly recommended by all the bears of the world.

Avocados are incredibly nutritious. Anyone recovering from an illness knows that avocados will restore their physical strength faster than any pills or supplements. Those who eat avocados daily will not get ill in the first place. Here are the reasons why: an avocado has zero cholesterol, no salt,  contains more potassium than bananas, has calcium, iron, fibre, protein, and vitamin A, vitamin C, vitamin D, vitamin B5, vitamin B6, vitamin K, vitamin E, vitamin B2, vitamin B3, also zinc, copper, magnesium, phosphorus, and folate. It is very versatile to serve, from mashed on toast to seriously effective salad combinations. Here is my version, a salad that will regulate blood sugar and prevent clots: 1 avocado sliced, 3 tablespoons of cooked mixed beans, 2 giant-headed spring onions with the green parts, chopped, one clove of garlic, a few cubes of Feta cheese and a dash of extra virgin olive oil. A touch of black pepper and if liked, a skein of sauerkraut but it is optional. Eaten daily it will give you a good chance to live forever. 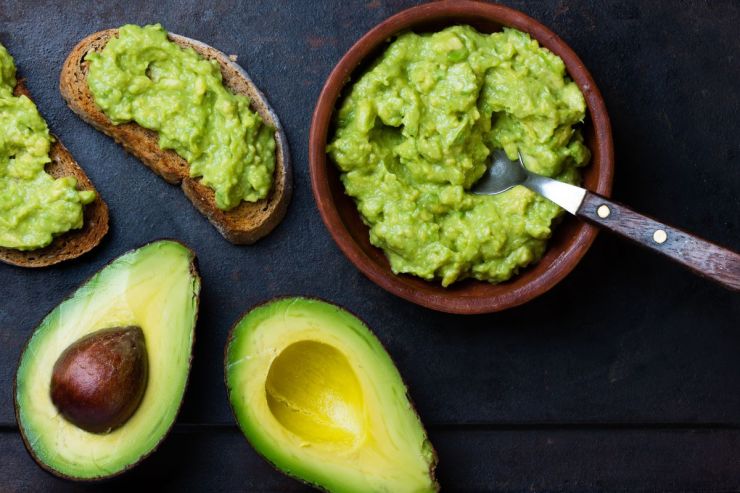 Tomatoes have an enviable concentration of a special type of carotene, lycopene. Studies from many countries discovered that men who eat tomatoes several times a month have significantly lower risk of developing several cancers. Eating tomatoes prevents appendicitis. I would also add that just looking at a tomato salad, as the typical Italian flag symbol, that is beautifully presented – a round display of sliced large tomatoes, intercepted with slices of mozzarella cheese and sprinkled with a handful of fresh basil leaves makes you excited with anticipation of the rich, mellow taste. Eating this salad makes you feel well and happy. It has to be as important as looking after your appendix. And then there are the vine tomatoes, jewel-like in their baby form, and of an exquisite taste that I would want to be a part of my last meal on earth. Cooked tomatoes, even ketchup, are greatly effective for anyone striving to be healthy. Tomatoes induce euphoria.

Chillies are used the world over as remedies to ward off senility, as a cure for arthritis, for relief of a sore throat, as a treatment for conjunctivitis, for prevention of lung cancer or as a local anesthetic for toothache, among many more less salubrious. Take your pick. Reading about many scientific studies it becomes obvious that if you want the medical benefits of chilies, you need to learn to get used to the hot taste by starting small and then building up the amount. It is worth the effort as they act as an expectorant, act as a decongestant, help dissolve blood clots, kill pain, and are excellent medicine for the lungs.

Black Cherries are well known to cure the painful symptoms of gout. Several studies confirmed that even people in wheelchairs, crippled with gout, were able to get up and walk after eating 200 grammes of black cherries a day. To maintain this effect you have to eat cherries daily. Other studies linked black cherries with the cure of kidney stones and gall bladder ailments. They are also known to be a potent antibacterial agent in preventing tooth decay. It is difficult to think of any other medicine tasting so delicious.

Ginger has been used for over 2000 years. Scientists proved, what the ancients knew, that ginger prevents motion sickness. In the Orient, it is common for fishermen or people on boats to chew crystallised ginger to ward off nausea. It is also a treatment for morning sickness and post-chemotherapy nausea. By chance, scientists discovered that ginger deters blood clots. In Japanese studies, it was discovered that ginger brings down blood cholesterol level, relieves pain, prevents vomiting, reduces blood pressure and stimulates the heart. It also lowers the risk of stomach cancer. Ginger is used in many countries as an anti-inflammatory agent against arthritis, and as a relief from cold and flu. In cooking, adding ginger makes an ordinary dish a special one.

Mushrooms – In China mushrooms are regarded as life-prolonging. The symbol for the Chinese god of longevity, Shoulau, is a walking stick topped by a mushroom ornament. The best-studied mushroom is the shiitake. It was discovered that these mushrooms have a strong antiviral substance that stimulates the immune system. The compound, called lentinan, has proven to be successful in fighting cancers. Eating shiitake mushrooms lowers significantly blood cholesterol. By keeping the blood thin, the mushrooms prevent heart attacks and strokes. Needless to say, their popularity is growing rapidly. 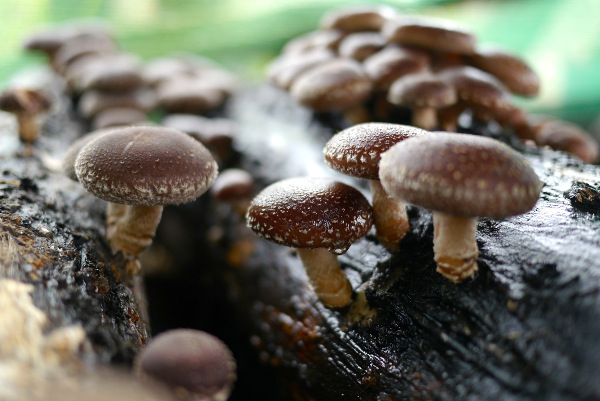 Green and Black Teas have been used as medicine in China for 4000 years. Ancient Greeks called tea the ‘divine leaf.’ It was used as a remedy for colds, asthma, bronchitis, giving the name theophylline to a drug derived from tea. In Japan, a zen Buddhist monk wrote in the thirteenth-century about tea’s extraordinary power to prolong life. Green tea is made from the tea plant by drying the leaves. Black tea leaves are picked up from the same tea plant but then subjected to steam to prolong slow drying. This process allows for many chemical changes to take place. Apart from changing colour due to the breakdown of chlorophyll, it develops compounds called Catechins. They include polyphenols, tannins, and vitamin C. As they also inhibit the absorption of iron, it is not advisable to drink tea with or just after your meal. The established benefits of drinking Green and Black Teas include protection from various cancers and heart disease. It maintains dental health, protects against dementia and many other ailments. The recent findings published in Nature Communications that eating apples and drinking tea lowers the risk of cancer and heart diseases. That would explain the centuries-old ceremonies of tea-drinking in China and Japan as being linked with longevity. Excuse me, while I put the kettle on.

Coffee came to Europe from Arabia in the 1600s but as a medicine and not a drink. One of the effects of the battle of Vienna was the discovery of coffee. During the siege, Jerzy Kulczycki, a Polish polyglot, disguised himself as a Turkish soldier and walked through the enemy camp to carry a message which restored the morale of the troops awaiting the arrival of the Polish King Sobieski, who successfully defended Vienna from the Turks. Kulczycki was rewarded for his bravery by King Sobieski. He was allowed to take any wartime prize of his choosing. Kulczycki took several hundred bags of coffee left behind by the Turks. He opened the first cafe serving coffee. To make the drink more to European tastes, he added milk and honey. It was a success. One of his coffee cafes is still in existence in Vienna today under the original name: ‘The Blue Bottle Coffee House.’ 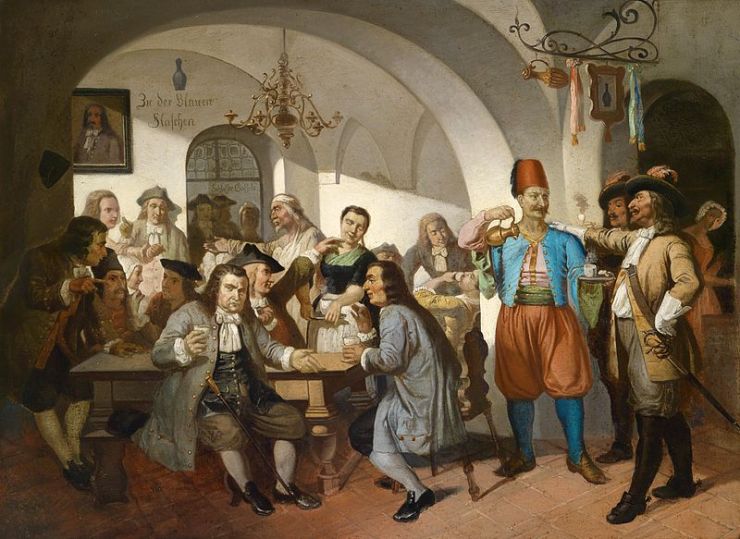 The French regarded coffee as a panacea for any respiratory problems, and as a brain stimulant. It is caffeine in coffee that relaxes the bronchial muscles, and boosts mental performance, brings greater alertness and extends attention span. Coffee is the world’s most popular drink, especially among students at exam time.