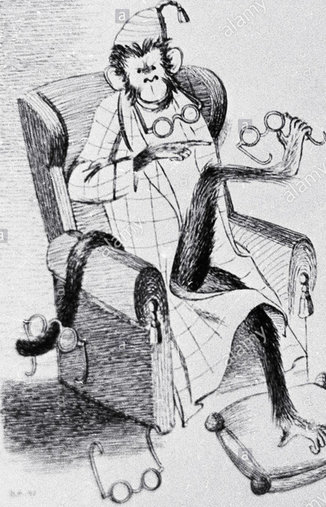 I have to admit that I am often at the mercy of my computer. As I try to retrieve text that has suddenly disappeared or to understand symbols that don’t make much sense to me, my irritation grows and steam is coming out of my ears, but then out of nowhere and instantly a vision of Ivan Krylov’s monkey appears in front of me, and I have to smile. It is the tale of a monkey who, after hearing that glasses were valued by people as they made them see better, ‘borrowed’ a pair and tried to work out where to put them. “Is it on top of the head? No, maybe better on the left arm? No, right shoulder then? No, on the foot? Or maybe at the end of the tail? No! Oh, what a lie this is!” And with that, she smashed the glasses in anger and frustration. Where computers are concerned, I am that monkey. 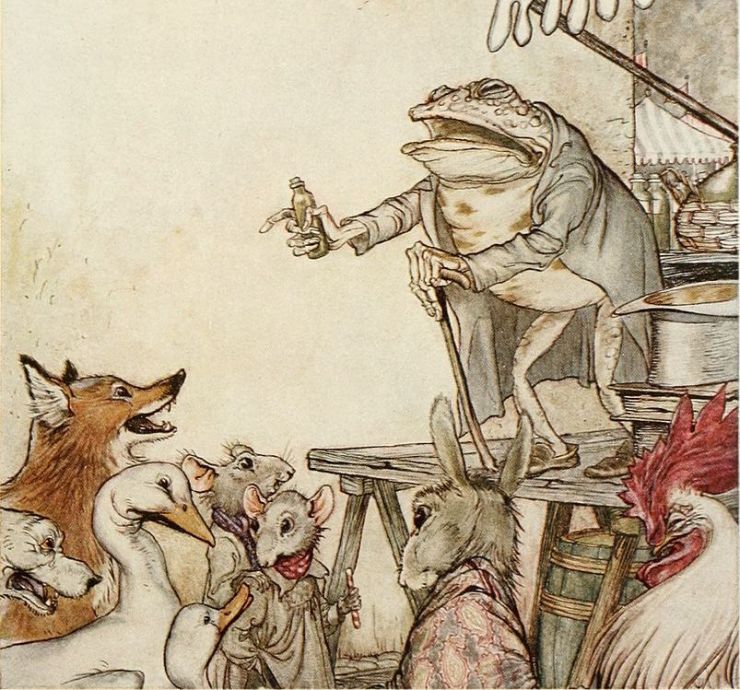 From Aesop’s tales of animals behaving like we do to the satirical fables of Jean de La Fontaine and Ivan Krylov, depicting human nature through the behavior of various creatures, this genre of literature became phenomenally popular over the centuries. Krylov’s monkey or the hilarious story of a cook who had a spoiled cat will stay with me forever. It tells of the moment when the cook spotted his cat just starting to tuck into a freshly roasted chicken that was on the table ready to be served at lunch. Raising his hands up and looking up to the sky, the cook exclaimed: “Oh, how you have hurt me! I trusted you and looked after you so well!” The cat was listening but kept on eating. The cook continued: “How could you be so selfish! So ungrateful, how?!” The cat was listening but eating. The cook continued: “I brought you up from a kitten, and you have never wanted for anything, have you? All the sacrifices, all expenses!” The cat was listening and eating. ” Are you not ashamed before the very walls, let alone before people?” The cat was listening but eating. And while the cook kept on lamenting, the cat finished the chicken, jumped off the table and disappeared. Krylov’s postscript gave advice: ‘I  would advise another cook to chisel on the wall: do not waste words in vain, when what is needed is action’.   No doubt, this tale will resonate with many indulgent parents. 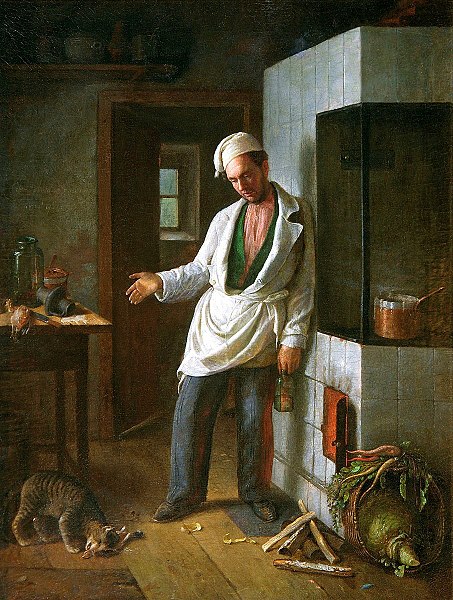 Not many people know about Ivan Krylov, the Russian author of satirical Fables, that were loved in Russia for over two hundred years. He was born in St. Petersburg in 1769 and at the beginning of his allegorical writing, he would translate the fables from Aesop and La Fontaine. Later on, his own talent for acute observation of human relationships would be offered under the guise of animal cautionary tales. 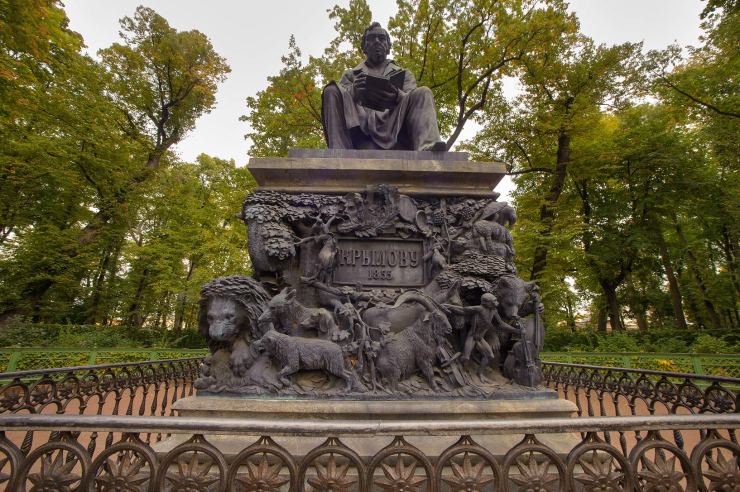 I wrote in another post about Aesop’s tale of a lion being in a good mood after lunch, who on seeing a little mouse scurrying too close by, let her go. Some time later the lion had a mishap; he had stepped on a hidden thorny twig and had a thorn embedded in his paw. As this was very painful, he was feeling sorry for himself. The same little mouse came by and seeing his swollen paw, got to work on it, and in no time she got the thorn out. The obvious inspiring moral was: no matter who we are, we can all help each other. 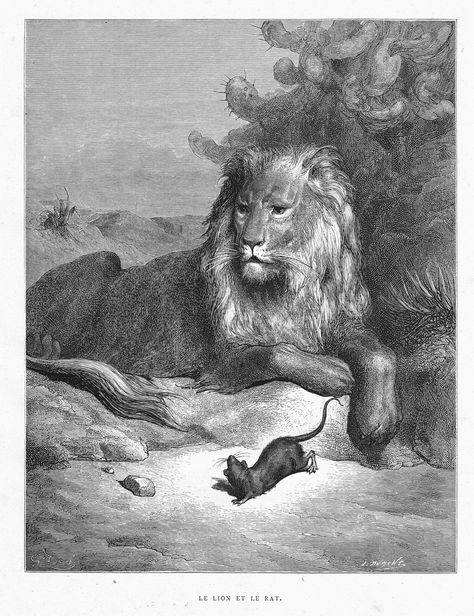 The fable about the vain crow and the clever fox served as a reminder that vanity can bring us disastrous consequences, and that flattery can get the flatterer anything. One day a crow got lucky and found a big piece of cheese. As she sat on the tree preparing to enjoy her early morning breakfast, who happened to be passing by, but a hungry fox. On seeing the crow with the cheese in her beak, he stopped under the tree and started loudly praising the crow’s beauty: “Oh, what a beautiful head and your shape is just divine! And your smouldering eyes, why, truly you could be a queen of the birds. I bet your voice is as pure and silvery, just give a few notes, why don’t you? I would love to hear you sing!” The crow, having her head turned by the flattery, opened her beak and gave her usual harsh – crrroow. The cheese fell out and down straight into the fox’s open jaws. At that moment, the smirking fox with the chunk of cheese disappeared into the woods.  The hollering of the foolish crow was not recorded. 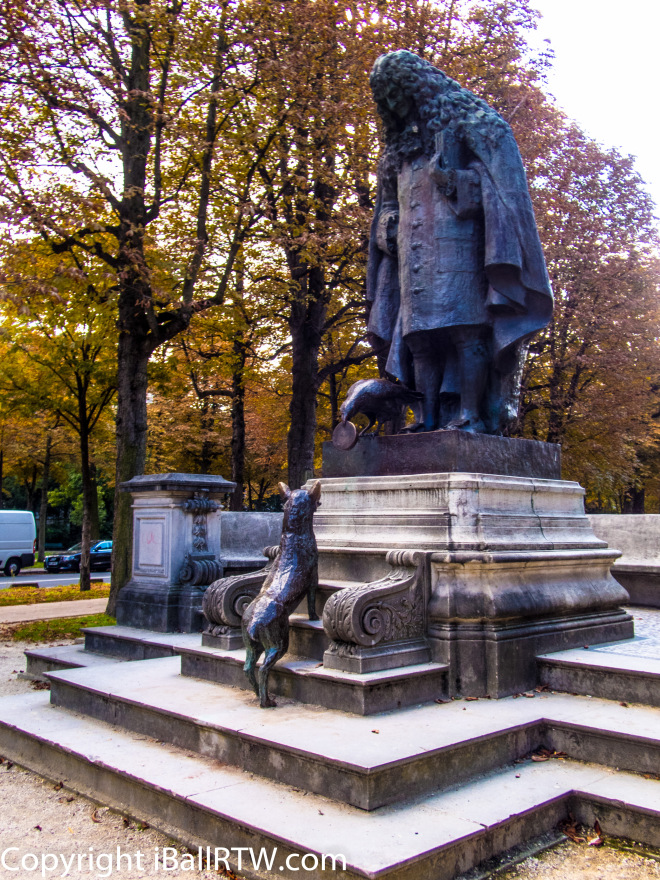 Beatrix Potter wrote seemingly her stories for children, but they are adored by adults too, the world over. Every year hundreds of thousands of travellers arrive to visit her enchanting cottage in the Lake District. The flowering climbers that cover the cottage, the little garden around it and all the rooms inside are all kept as if she had just left for a short walk.  Even the hole in the floor of the landing where a rat lived is there to be seen. Not to mention the nine thousand acres of green rolling hills around, left to be forever free from any development in her will to the National Trust. Her tales of naughty Peter Rabbit, Mrs. Tiggywinkle, three little pigs, and many others are perfect allegories about ourselves. And, of course, made even more appealing by Beatrix’s exquisite illustrations. 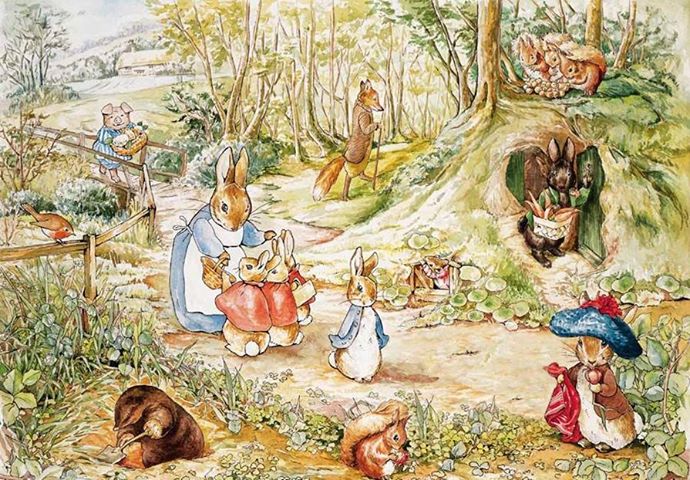 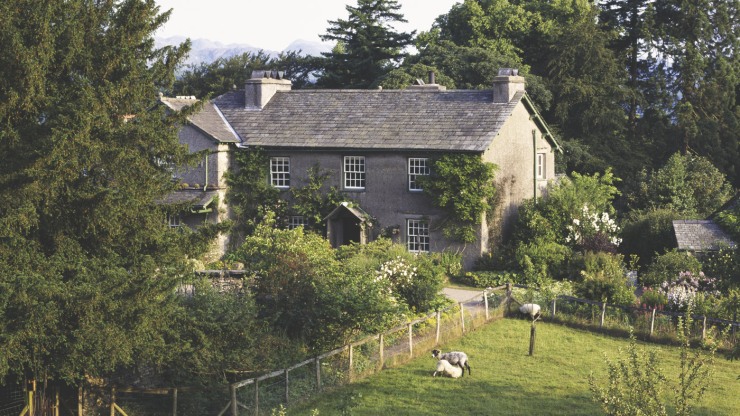 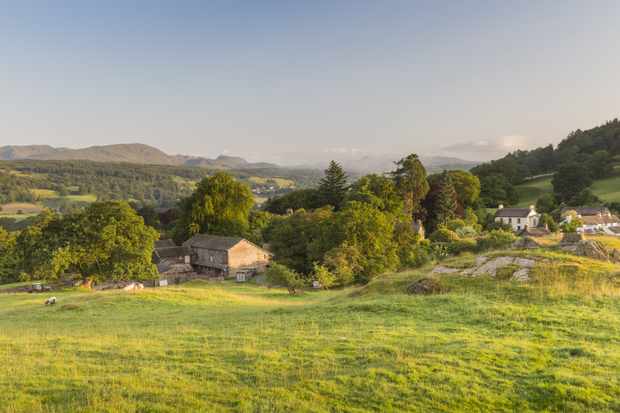 Other contemporary fables that are loved by millions of children and adults alike include Animal Farm which gave us the famous quote: ” All animals are equal, but some animals are more equal than others”, Brambly Hedge with its enchanting, heartwarming illustrations, Charlotte’s Web, and Babe, which were made into greatly successful films. “The Hen Who Dreamed She Could Fly”, the latest addition to the fabulists’ club, sold well over two million copies in South Korea alone and was written by a Korean author, Sun-Mi Hwang. It is an inspiring tale of courage, love, and sacrifice and it deserves its place among the Greats of this genre. 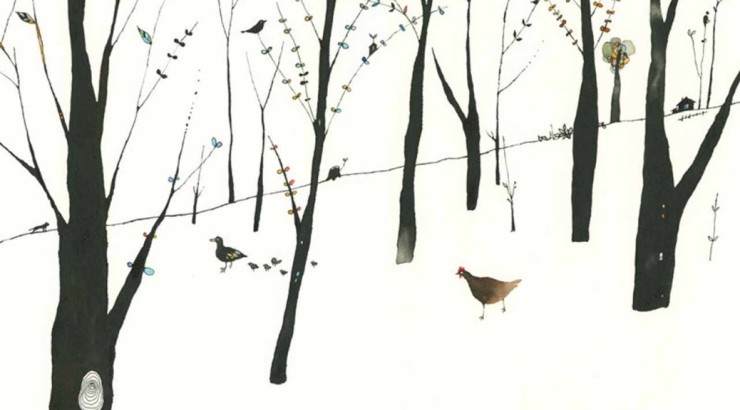 As for myself, I am now taking dictation from an extraordinary little hedgehog whose adventures, I believe, will delight many. Watch this space. 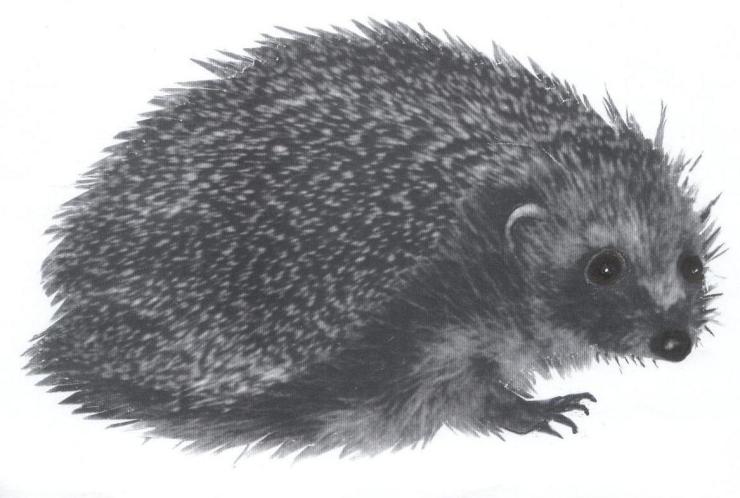