In a previous blog I wrote about nature’s influence on our creativity. Today I would like to highlight the impact on our physical and mental wellbeing.  When I look at the picture above of the pathway at Sidmouth in Devon, I imagine myself walking along the sandy shore: the air sharp and fresh in my lungs, the salty breeze cooling my face, the sky above, the ancient sandstone wall and the gently rolling waves of the English Channel, all combine to make me feel at peace with the world. The timeless beauty of the sea and the sandstone that have been here for millions of years makes you feel free of all the ‘small stuff’ that we worry about daily. 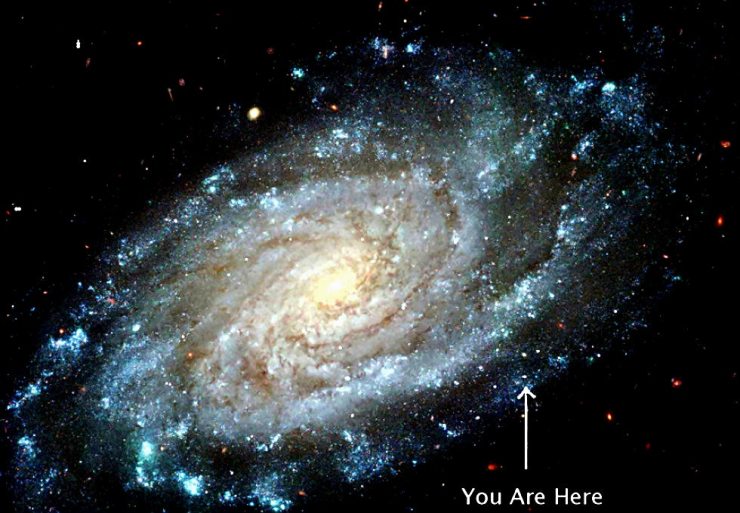 Looking at the blue expanse of the sky always reminds me of the picture of our galaxy and the tiny dot that is Earth, our homeland. From space we are not even the size of an ant; we are simply not visible. And yet, over thousands of years of our existence on earth, we still have wars, social unrests, political fighting, violent urban crime, and many other ills of our time. It is only possible to distance ourselves from problems, even personal ones, when we are at one with nature such as walking in the countryside. Those who can climb are even more able to experience the well-known phenomenon of feeling the utmost exhilaration, an uplifting feeling of wonder, when standing on the top plateau of a mountain and being able to see the peaceful world stretching for miles, and the clouds almost touching our heads.

A series of books by writer and photographer, Julian Ashbourn, have documented his walks in many parts of the country, and I have used his photographs in this post with his permission. They illustrate perfectly what so many country walkers see and feel when they stop and look at the landscape around them. The photographs are great, not only as a document of our countryside as it is today since we don’t know how much will change in the next 50 years, but to me they are the pictures of our dreams. The more you look at them, the more the landscape draws you inside; just like the children walking with Mary Poppins, you wish to step onto the rolling hills of Yorkshire, swim in Ullswater lake, climb Snowdon mountain or look in wonder at the giant granite Tor ‘sculptures’ on Dartmoor.

Here is another example of the powerful creative influence of nature. In one of the books on Devon, I found delightful pictures of wild goats. The author pays them tribute for helping him to find the way out and up from a narrow gulley he had slid down into in order to photograph the group of wild goats. Forgetting to heed the saying: ‘Always check the way out before going in’, he found himself trapped in a deep hole. Suddenly the goats, one by one, started climbing up the steep rockface using protruding stones hidden by lush greenery. Watching them intently, he managed to follow them up, albeit at a much slower pace. And here they are – the helpful goats of The Valley of Rocks, Lynton, North Devon:

Julian Ashbourn’s books are a good source of inspiration when deciding where to go walking one weekend or on summer holidays, for those who prefer to enjoy new discoveries with each taken step rather than lying on a crowded beach, eyes closed.  Here is one more tempting destination, Aira Force in the Lake District: a beautiful spot where the waters tumble down a steep hill, carving their way through the limestone. Occasionally, they pause for a while, creating idyllic emerald-green pools where migrating birds come to drink and rest on their journeys. Along the way there are many little waterfalls before the stream finally runs, a long way down, into Ullswater. This is one of the most enchanting places you can see in the Lake District. 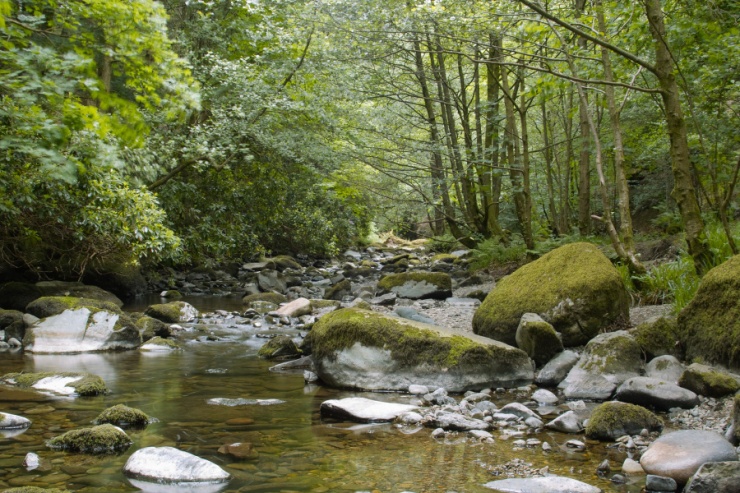 Thirlmere, below, was originally constructed in the 19th century by Manchester Corporation to provide water for Manchester. The reservoir has Helvellyn ridge to its east and Raven’s Crag to the west. It’s a beautiful example of a successful cooperation between humans and nature. 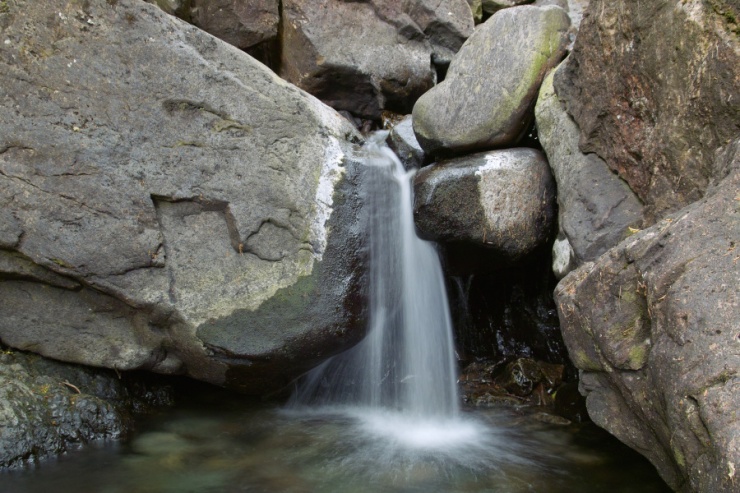